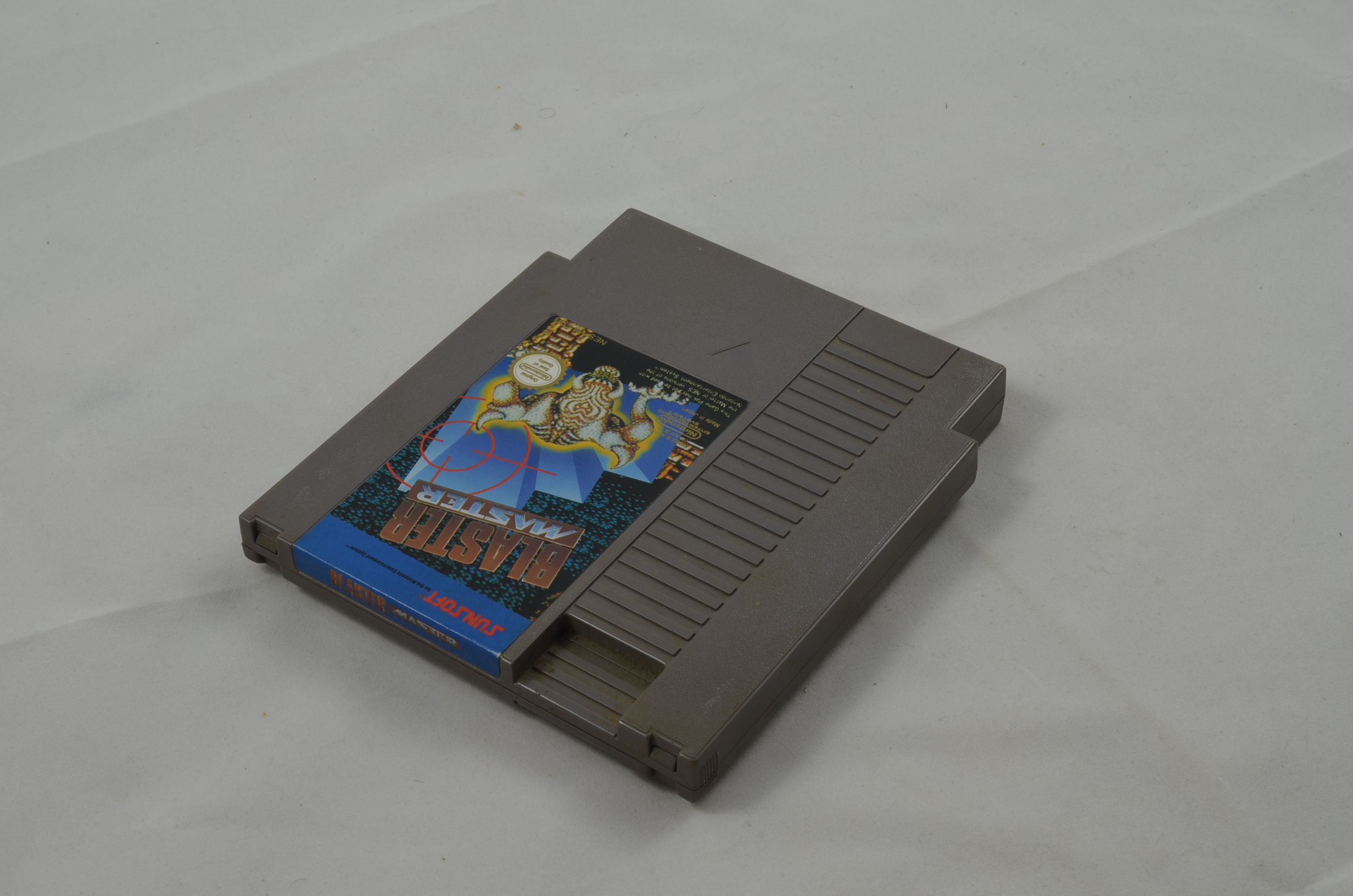 Blaster Master is a platform and run and gun video game released by Sunsoft for the Nintendo Entertainment System. It is a localized version of a Japanese Famicom game titled Chô Wakusei Senki Metafight (also simply called Metafight or Meta Fight), which was released on June 17, 1988. The game was released in North America in November 1988 and in Europe on April 25, 1991. The game is the first in the Blaster Master series, and it spawned two spin-off titles as well as two sequels.

The game features a character named Jason who follows his pet frog Fred down a hole in the earth. There he finds a tank and uses it to battle radioactive mutants. The player controls Jason and the tank Sophia the 3rd through eight levels of gameplay to find the whereabouts of Fred and to defeat the mutants and their leader, the Plutonium Boss. The game was praised for its smooth play control and level designs, detailed and clean graphics, and music, and it was criticized for its high difficulty level and lack of passwords or save points. The game was novelized by Peter Lerangis, as part of the Worlds of Power series published by Scholastic Books.

Blaster Master has two modes of gameplay that depends on the situation and location of the player. The first mode is where the player controls SOPHIA in a two–dimensional platform mode; the second mode is where the player controls Jason while outside SOPHIA in either the same 2D platform mode or in a top-down perspective. Gameplay in the top-down perspective consists of a series of labyrinths in which players navigate and defeat enemies along the way. Gameplay is non-linear, and players must return to earlier levels in order to advance to later levels in the game. The objective is to complete all eight levels and destroy the mutants and their bosses with various weaponry such as guns, grenades, and special weapons.

While Jason is inside SOPHIA in the 2D platforming mode, the player can attack the mutants with the main cannon (which can shoot up, left, and right determined by the orientation of the tank) or with one of three special weapons. Special weapons have limited ammunition which must be collected from exploring the game. They include the following: homing missiles that, when fired, shoot 1 missile at each enemy on screen up to 4; "Thunder Break", which fires a high-damage lightning bolt downward; and "Multi Warhead Missiles", which simultaneously fires a set of three missiles at enemies in front of and diagonally up and down. Players select their special weapon and monitor the amounts of each special weapon left by accessing the Menu Screen by pressing the Start button.

Gameplay in the top-down perspective consists of a series of labyrinths in which players defeat enemies along the way. The player switches between the 2D platforming mode and the top-down perspective by leaving the tank and entering small doorways located throughout the game. While in the top-down perspective, players can move Jason in any direction and destroy mutants with a gun or with hand grenades. In this mode, players upgrade the gun by collecting gun capsules, but the gun degrades by one point if Jason receives damage from mutants or hazardous objects. Here players obtain additional vehicle functions by destroying bosses; these functions include weapon upgrades as well as abilities to swim freely underwater, drive on walls and ceilings, and hover above the ground. The game has a glitch – colloquially known as the "grenade glitch" – to easily defeat four of the game's underbosses. To exploit this glitch, the player throws a grenade at the boss, and while the grenade is exploding and causing damage on the boss, the player pauses the game. While the remainder of the action on the screen freezes, the grenade remains active, continuing to damage the boss. After fifteen seconds the player unpauses the game to find that the boss is destroyed.

Jason and SOPHIA have separate power meters, and they decrease whenever they sustain damage by an enemy or any other hazardous object or whenever Jason falls from a high place. Players can replenish these power meters by collecting power capsules that appear throughout the game. Also, the player can replenish Jason's health to full at any time by re-entering SOPHIA. The player loses a life if either power meter runs out, and the game ends when all lives are lost. Players get five continues that allow them to restart the game at the same level in which they have lost all their lives. A "hover gauge" monitors the amount of thrust remaining in SOPHIA and is located on the left side of the screen above the power meter; additional thrust can be obtained by collecting hover capsules. (Quelle: Wikipedia)