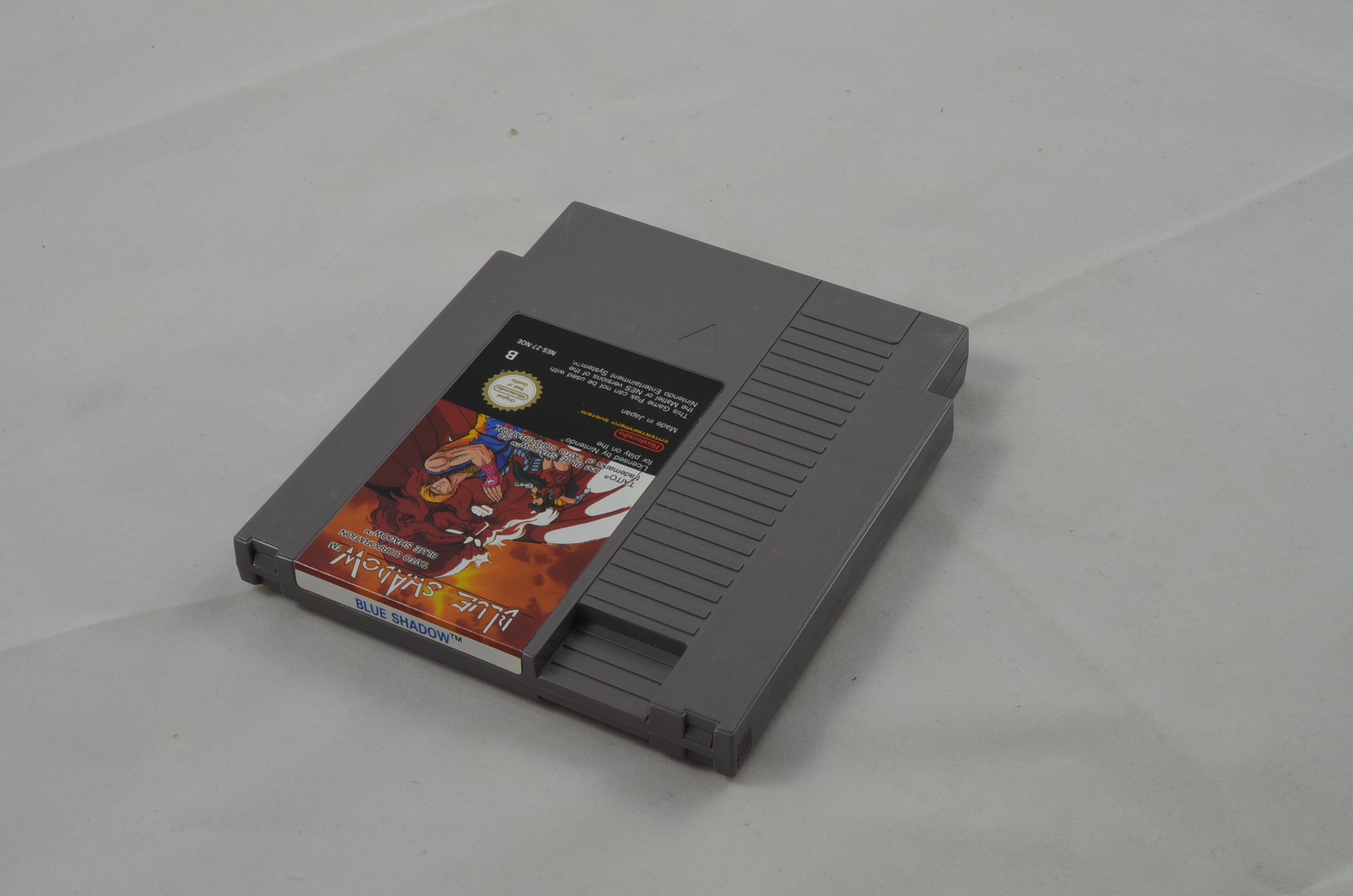 Shadow of the Ninja, originally released in Japan as Yami no Shigotonin Kage and later released in Europe and Australia as Blue Shadow, is a side-scrolling action game developed by Natsume for the Nintendo Entertainment System (NES) in 1990. The game revolves around a pair of ninjas sent to assassinate a dictator in a futuristic version of New York City. A port was planned for the Game Boy, but was released in rebranded form as Ninja Gaiden Shadow.

In 2029, the evil Emperor Garuda has taken over the United States of America, building a stronghold in the middle of the nation's "largest city". To stop Garuda and avenge the innocent lives that were lost in his reign, two ninja masters from the Iga clan, Lord Hayate and Lady Kaede, are sent to infiltrate the dictator's well-guarded stronghold and kill him.

Shadow of the Ninja is a side-scrolling platform game that can be played by up to two players simultaneously, with one player controlling Hayate (a ninja in purple) and the other as Kaede (a kunoichi in orange). In either mode, the player can decide which character they want to control before the game begins. There are no actual performance differences between either character.

The player can run, crouch, climb ladders, attack, and jump like in most side-scrolling action games as well as hang onto an overhang and move under it. If the player has more than half of their vitality remaining, they can perform a special attack by holding a button for an extended period, summoning a thunderstorm that will damage all on-screen enemies, but at the cost of roughly half of their maximum vitality.

The player's default weapon is a katana, which can be traded for a kusarigama and vice versa. The kusarigama has a longer range than the katana and can be swung upwards diagonally and horizontally, but can only damage enemies from a specific distance and does not work as well at close range like the katana. If the player picks up a weapon they already have, its attack power will be strengthen by an increment of one level (with up to three attack levels). However, if the player takes too much damage, their weapon's strength will be reduced back to its previous level. There is also the possibility to use both weapons, if the player starts with the kusarigama and collects secret powerups hidden in some levels. The player can also obtain throwable shuriken and hand grenades as well, both which can only be used as long the player's supply lasts before the player reverts to using the katana or kusarigama. All four weapons are obtained by destroying item boxes scattered throughout each stage, along with vitality potions.

Shadow of the Ninja consists of five levels with 16 stages, with the first four levels being divided into three stages and the final level into two. The player will fight numerous types of enemy characters throughout each level, including bosses and sub-bosses. Once a boss has been defeated it will explode, this explosion will heal players the closer they are from it, since actually the same amount of health from one level will be carried to the next one until either recovered with potions or by dying. The game ends if the player loses all of their vitality and only five chances are provided to continue. If two players are playing the game, their continues will be shared. (Quelle: Wikipedia)