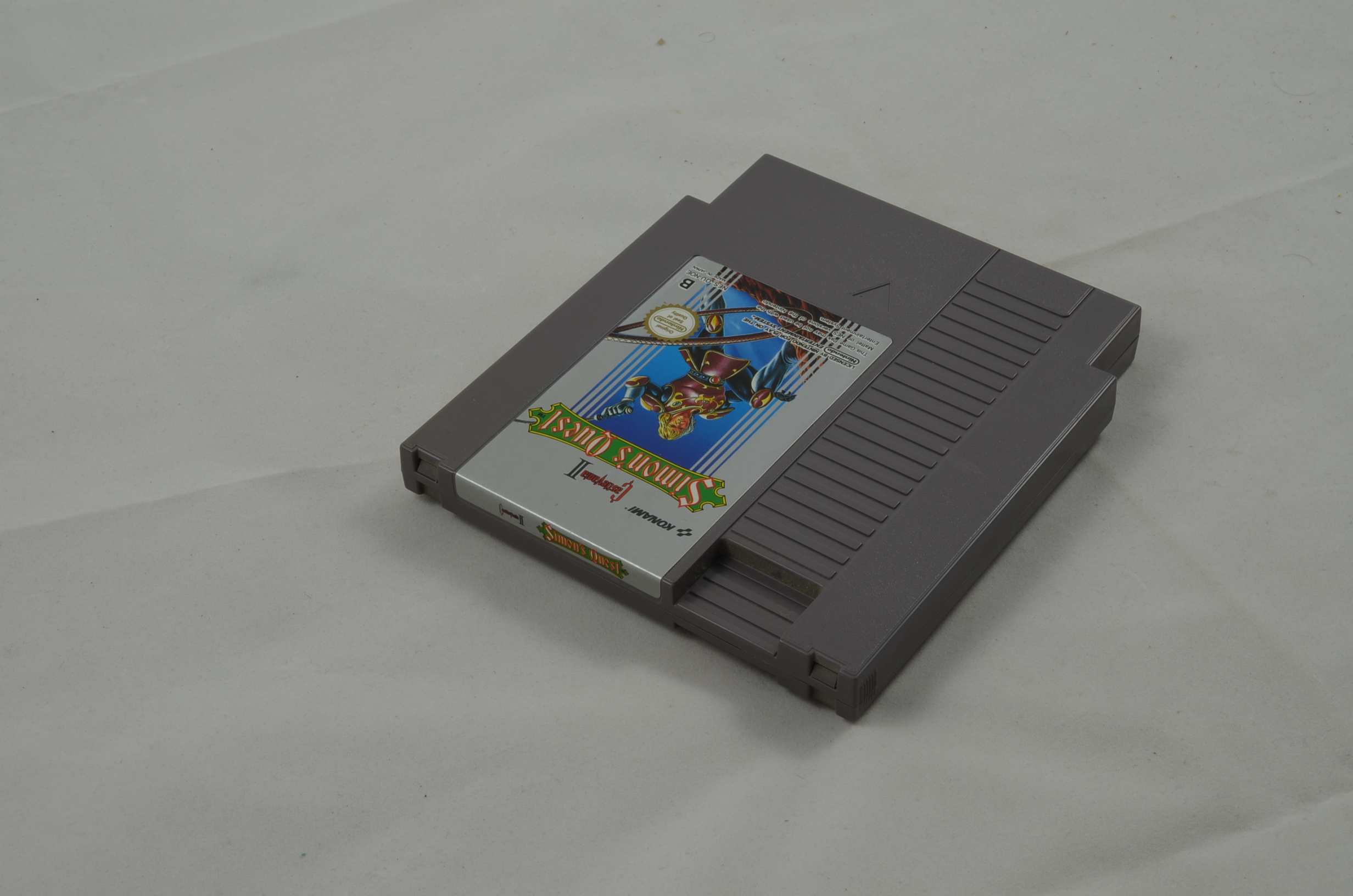 Castlevania II: Simon's Quest, known in Japan as Dracula II: Noroi no Fūin, is a platform-adventure video game produced by Konami. It was originally released for the Family Computer Disk System in Japan 1987 and for the Nintendo Entertainment System in North America in 1988. It is the second Castlevania title released for the NES, following the original Castlevania. Set sometime after the events of the first installment, the player once again assumes the role of vampire hunter Simon Belmont, who is on a journey to undo a curse placed on him by Dracula at the end of their previous encounter. With Dracula's body split into five parts after his defeat, Simon must find and bring them to the ruins of his castle to seal and defeat him.

The gameplay departs from the standard platforming genre of the first Castlevania for a game more similar to the nonlinear gameplay of Metroid, with several RPG elements such as a world map which the player is free to explore and revisit. Simon, controlled by the player, can talk with townspeople who will offer him clues or lies. He can also go to merchants who will sell items, either for fighting enemies or for traversing to unreachable areas. In order to pay for them, he must collect hearts, which are dropped by defeated enemies. In addition to the ordinary items in Simon's inventory, he can also purchase new whips in a few locations of the game. He begins with a standard Leather Whip, and can upgrade to stronger ones with each new purchase. Simon's Quest introduces an Experience Rating system, also found in role-playing games, which is increased by collecting hearts. After he finds a sufficient amount, his level and maximum health will increase with his Experience Rating.

The period of time in Simon's Quest cycles between daytime and nightfall, which has a prominent effect on the game and Simon's encounters. During the day, the enemies outside of towns in the game are weaker. At night time, they gain strength and inflict more damage to Simon's life points, though when defeated, they drop more hearts. The townspeople and merchants in their respective locations are no longer available to talk to during night time, and are replaced by zombies.

Despite the departure from the previous game, there are elements from it that have remained. This includes the Magic Weapons, which are secondary weapons to Simon's whip. Each of them have a different use. Like most games in the series, some of these require the usage of hearts. One of them returning from Castlevania is the Holy Water, a small glass which can disintegrate walls that conceal hidden items. Some Magic Weapons make their first appearance in Simon's Quest, such as the Diamond, which attacks enemies while bouncing off any surrounding walls.

The objective of the game is to travel to the five mansions to find the body parts of Dracula's corpse, and an item known as the Magic Cross. The body parts can be utilized to support Simon in the game. For example, Dracula's Rib can be used as a shield to block any projectile attacks fired from an enemy. Finding all of the required items will allow Simon to clear the blockade in front of Dracula's castle to fight the last boss. After the player defeats Dracula, there are three possible endings based on the time taken to complete the game. The best ending is achieved when the player beats the game in eight game days. (Quelle: Wikipedia)