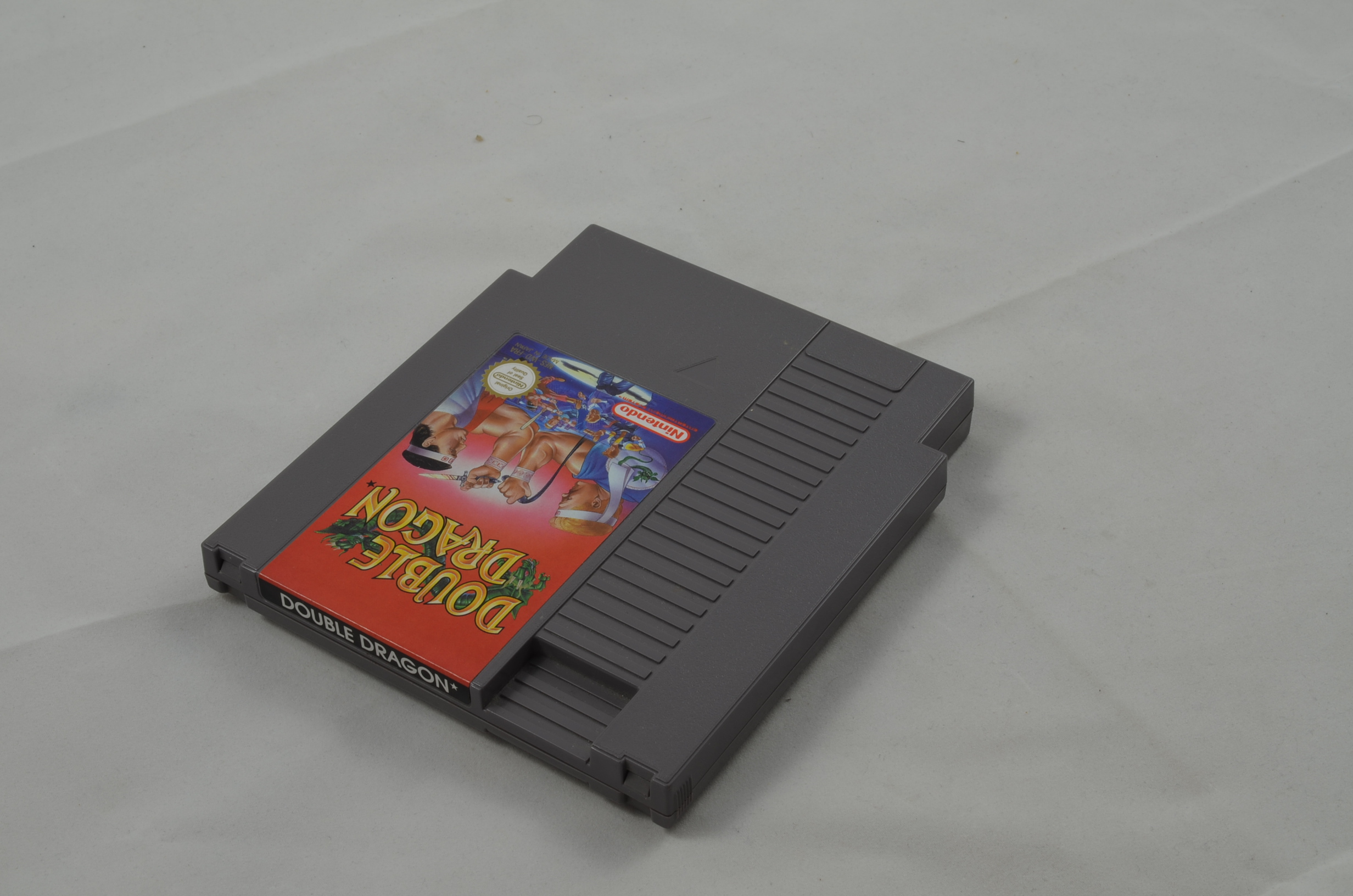 Double Dragon is a 1987 beat 'em up video game developed by Technōs Japan and distributed in North America and Europe by Taito. The game is a spiritual and technological successor to Technos' earlier beat 'em up, Nekketsu Kōha Kunio-kun (released outside of Japan by Taito as Renegade), but introduced several additions such as two-player cooperative gameplay and the ability to arm oneself with an enemy's weapon after disarming them. Double Dragon is considered to be one of the first successful examples of the genre, resulting in the creation of two arcade sequels and several spinoffs, as well as inspiring other companies in creating their own beat 'em ups.

Originally an arcade game, home versions were released for the Nintendo Entertainment System, Sega Master System, Atari 2600, Atari 7800, Atari ST, Amiga, Amstrad CPC, Commodore 64, Game Boy, Genesis/Mega Drive and Atari Lynx, among other platforms during the series's height of popularity. A remake titled Double Dragon Advance was released for the Game Boy Advance in 2003. The NES version was re-released for the Wii's Virtual Console in North America on April 28, 2008 at a cost of 500 Wii Points. Nintendo also released the Game Boy version on the Nintendo 3DS Virtual Console in 2011.

The most notable difference the NES version has from the arcade game is the omission of the arcade's two players cooperative game mode in favor of alternating play. The plot was altered as a result of this change - instead of having both Lee brothers as protagonists, the NES version has players controlling Billy Lee as the lone protagonist, with Jimmy Lee serving as the antagonist and true leader of the Black Warriors.

Due to technical limitations of the NES that were not worked around, the game can only generate two enemies on-screen to confront the player and both enemies are the same character. Additionally, weapons cannot be brought to the next fight if the original enemy carrying it is defeated. A level-up system was also implemented. The player begins the game with only the basic punches and kicks available to their character, gaining the more powerful ones after acquiring the experience points needed to use them. The player has a total of seven skill levels that they can achieve throughout the game.

The level designs are very different, with some stages featuring new areas (notably the cavern section in Mission 3) that feature greater emphasis on jumping over platforms or evading traps. All of the enemies from the arcade version also appear, with the exception of the two head swapped boss characters. A new enemy character, a Chinese martial arts master named Chin Taimei (shortened to Chintai in the localized version) serves as the boss of the second stage and appears as recurring minor enemy for the rest of the game. (Quelle: Wikipedia)