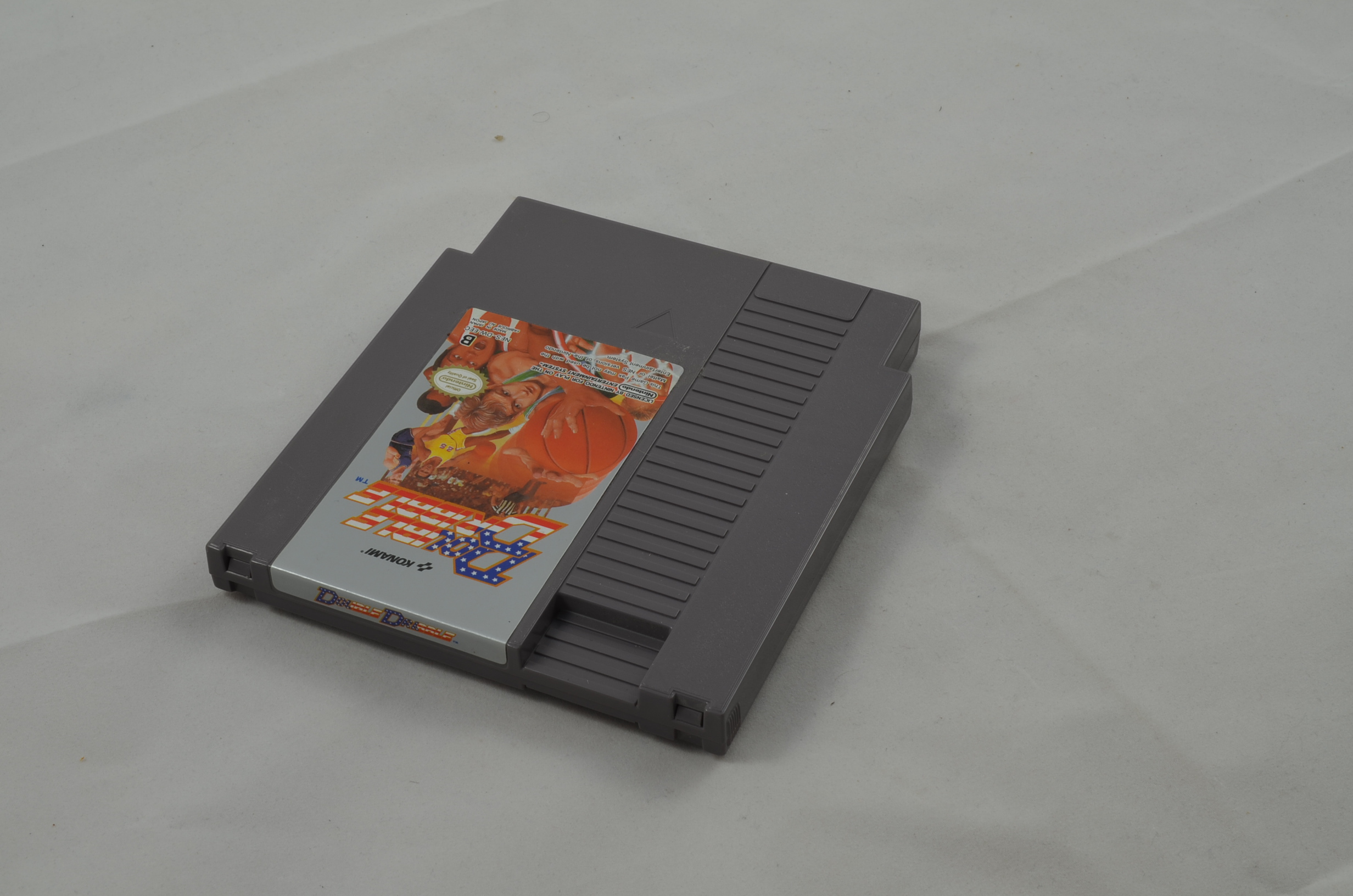 Double Dribble, known in Japan as Exciting Basket, was the second basketball arcade game developed and released in 1986 by Konami. It was the second basketball arcade game by Konami, following Super Basketball. Much of the game's popularity came from its animation sequences showing basketball players performing slam dunks, as well as The Star-Spangled Banner theme during attract mode, which was the first arcade game to feature the national anthem. These were uncommon in video games at the time of Double Dribble's release. While successful in the arcades, the game became and remained popular and remembered when it was ported to the Nintendo Entertainment System in 1987.

Several positions on the court were 'hot spots,' high-percentage areas where shots-taken were likely to score points. For example: it is easier to hit a 3-pointer on the bottom right-hand side of the screen. A player could start a 3-point jump shot from the top right or left corner of the court inbounds, and continue the jump out of bounds and even slightly behind the hoop and it would go in nearly every time. Another nearly guaranteed shot is taken with the player standing 3-quarters length of the court away from their goal could go for a running 3-point shot, provided that the shot button was pressed within the other team's free throw shooting circle. In certain circumstances, the display would break away from the full court action and show a close up of the players either dunking the ball or making a shot. Frequently a player would miss a slam dunk, which is a very high percentage shot. The arcade version was a timed play (much like Star Fire), where after every minute of play, the game was owed a credit if the score was tied or the computer is ahead. However, if the live player was ahead, a "free" minute was earned. Many average players could earn the first free minute, but this became increasingly more difficult to do as making 3-point shots became virtually impossible over the course of gameplay. (Quelle: Wikipedia)