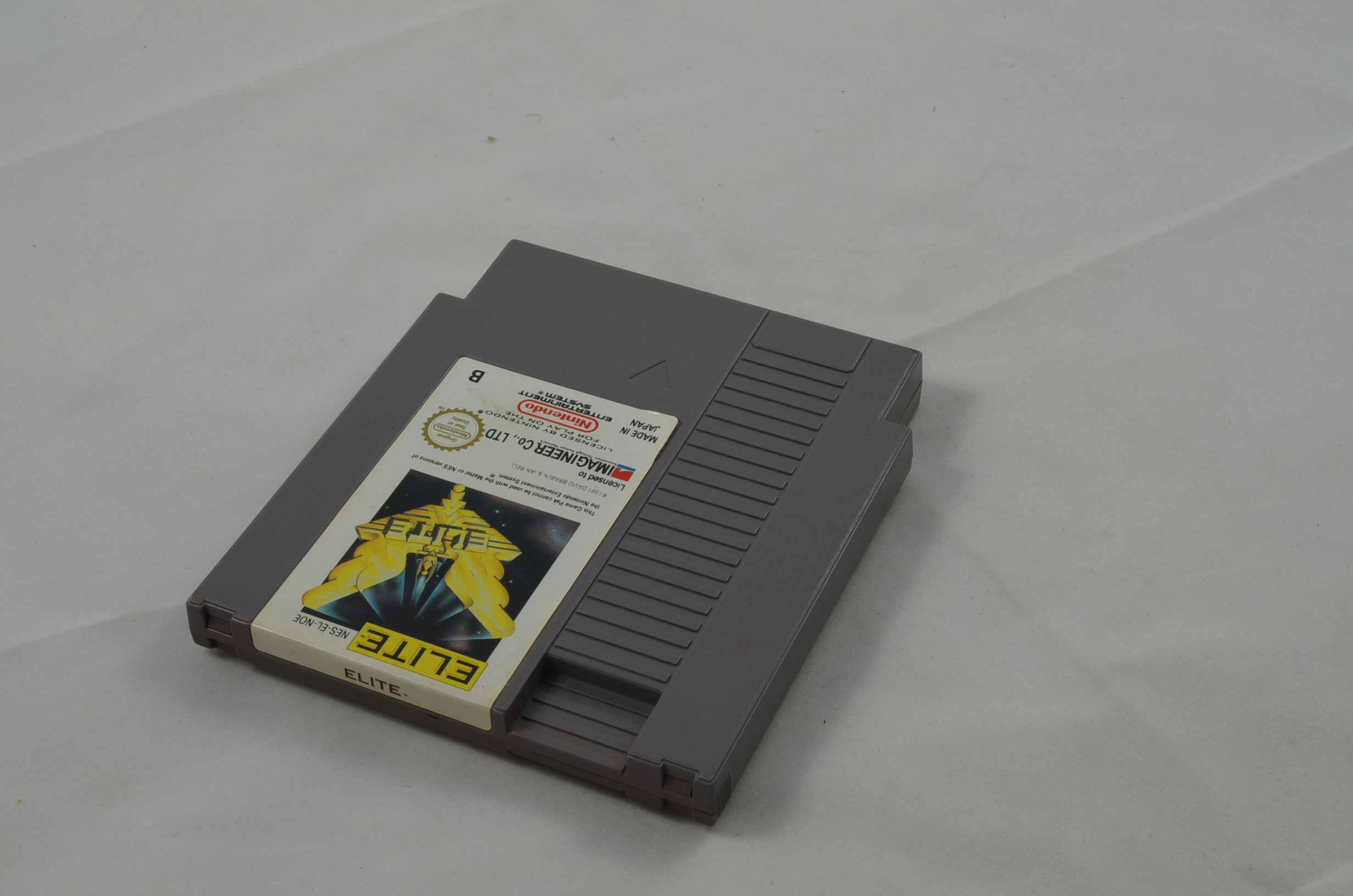 Elite is a seminal space trading video game, written and developed by David Braben and Ian Bell and originally published by Acornsoft for the BBC Micro and Acorn Electron computers in September 1984. Elite's open-ended game model, and revolutionary 3D graphics led to it being ported to virtually every contemporary home computer system, and earned it a place as a classic and a genre maker in gaming history. The game's title derives from one of the player's goals of raising their combat rating to the exalted heights of "Elite".

Elite was one of the first home computer games to use wire-frame 3D graphics with hidden line removal. It added graphics and twitch gameplay aspects to the genre established by the 1974 game Star Trader. Another novelty was the inclusion of The Dark Wheel, a novella by Robert Holdstock which gave players insight into the moral and legal codes to which they might aspire.

The game was followed by the sequels Frontier: Elite II in 1993, and Frontier: First Encounters in 1995, which introduced Newtonian physics, realistic star systems and seamless freeform planetary landings. A third sequel, Elite: Dangerous, began crowdfunding in 2012 and was launched on 16 December 2014, following a period of semi-open testing.

Non-Acorn versions were each first published by Firebird, Imagineer and Hybrid. Subsequently Frontier Developments has claimed the game to be a "Game by Frontier", to be part of its own back catalogue and all the rights to the game to have been owned by David Braben.

The player initially controls the character "Commander Jameson", though the name can be changed each time the game is saved. The player starts at Lave Station with 100 credits and a lightly armed trading ship, a Cobra Mark III. Most of the ships that the player encounters are similarly named after snakes or other reptiles. Credits can be accumulated through a number of means. These include piracy, trade, military missions, bounty hunting and asteroid mining. The money generated by these enterprises allows players to upgrade their ships with enhancements such as better weapons, increased cargo capacity, an automated docking system, an extra energy bank and more.

In the game universe, stars have single planets, each with a space station in its orbit. Stars are always separated by interstellar distances effectively untraversable using the ship's sublight engines. Travel between stars is accomplished by hyperspace jumps, and is constrained to those within range of the limited fuel capacity (7 light years) of the ship's hyperdrive. Sublight fuel capacity is apparently infinite.

Fuel can be replenished after docking with a space station, which requires matching the ship's rotation to that of the station before entering the docking bay - a task that can be avoided by purchasing a docking computer. Players can upgrade their equipment with a fuel scoop, which allows raw fuel to be skimmed from the surface of stars, described by the manual as "a dangerous and difficult activity", but in practice a fairly simple process far easier than manually docking at a space station—and collecting free-floating cargo canisters and escape capsules liberated after the destruction of other ships.

While making a hyperspace jump between star systems, the antagonistic Thargoid insect race may intercept the player half way, forcing his ship to remain in "witch-space" and do battle with their smaller invasion ships. As the interrupted jump uses the full journey's fuel, the player may have insufficient fuel to subsequently jump to a nearby planet, trapping them in witch-space and they must use an escape capsule if owned, or abort the game and reload.

An extremely expensive one-shot galactic hyperspace upgrade permits travel between the eight galaxies of the game universe. There is little practical difference between the different galaxies. However, in some versions it is necessary to travel to at least the second galaxy to access the game's missions. The planetary layout of the galaxies is different, and many players discovered trade runs between closely positioned planets with fortuitous economic combinations.

Elite includes several optional paid missions for the Galactic Navy. One requires tracking down and destroying a stolen experimental ship; the other involves transporting classified information on the Thargoids' home planet, with Thargoid invasion ships doing their best to see that you do not succeed throughout the duration of the mission involving multiple interplanetary jumps. (Quelle: Wikipedia)