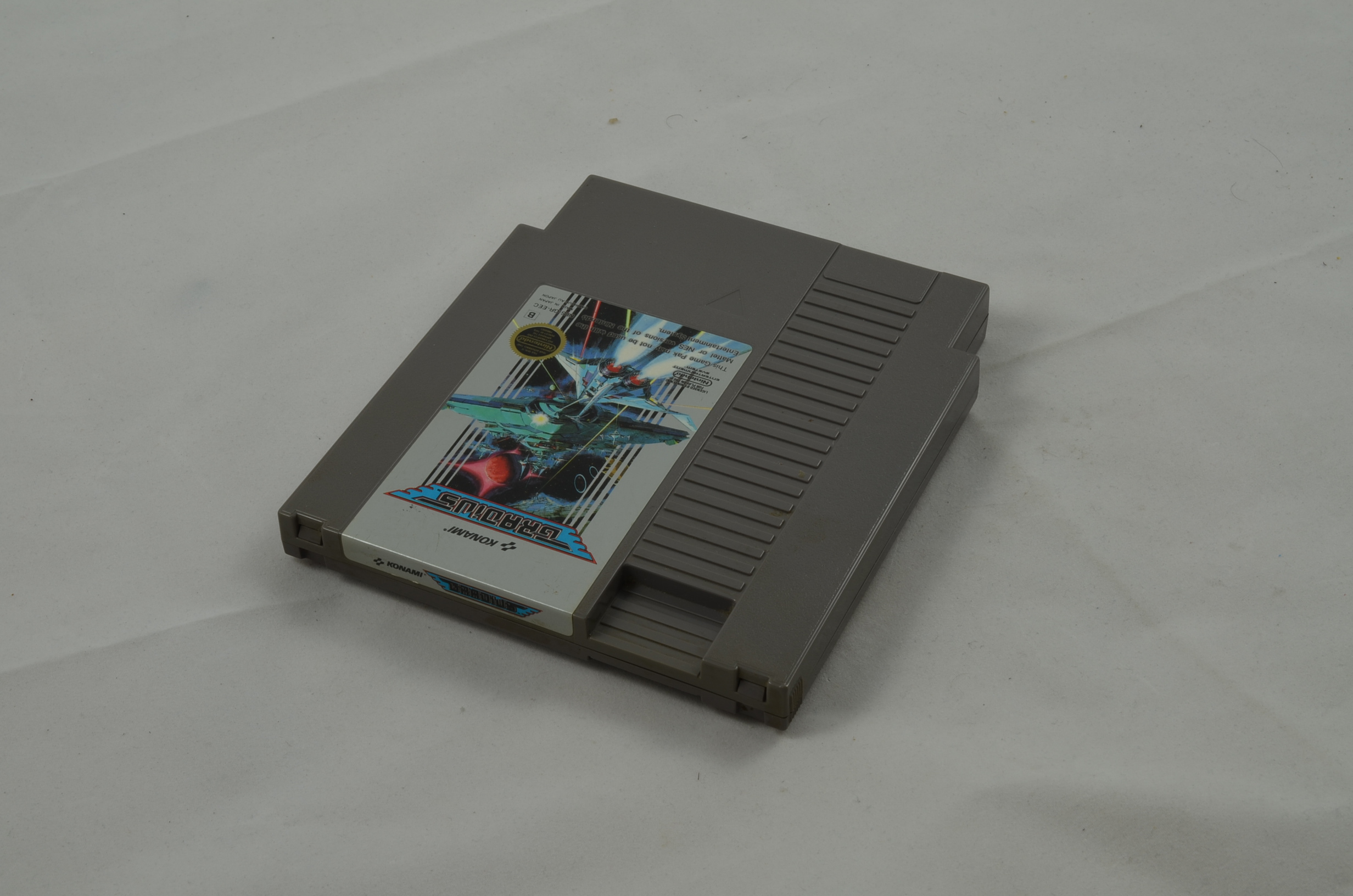 Gradius is a 1985 horizontally scrolling shoot 'em up video game developed and published by Konami, originally released as a coin-operated arcade game in 1985. It was the first game in the Gradius series of shoot 'em ups. In Gradius, the player maneuvers a spacecraft known as the Vic Viper that must defend itself from the various alien enemies. The game features a power-up system in which a weapon selection meter called the "power meter", based upon collecting capsules to 'purchase' additional weapons.

The arcade version of Gradius was released internationally outside Japan under the title of Nemesis, although later releases kept the original title. Home versions were released for various platforms, such as the Famicom/NES, the MSX home computer, and the PC Engine, among other formats. The original arcade game and some of the home versions has also been included in various compilation releases and are available for download in services such as the Virtual Console and PlayStation Network.

The player controls the trans-dimensional spaceship Vic Viper, and must battle waves of enemies through various environments.

The game became synonymous with the phrase, "Destroy the core!", as the standard of boss battles in the Gradius series involved combat with a giant craft, in the center of which would be situated one to several blue colored spheres. These bosses would be designed in such a way that there would be a straight passage from the exterior of the giant craft which leads directly to one of these cores. The player must fire shots into this passage while avoiding attack patterns from weapon emplacements on the body of the boss. However, small but destructible walls are situated in this passage, impeding the bullet shots from damaging the core, and must be whittled away by repeated well-placed shots. In a way, these tiny walls represent the boss' shielding gauge until its core is finally vulnerable to attack. Some bosses have the ability to regenerate these walls. When the core has sustained enough hits, it usually changes color from blue to red, indicating that it is in critical condition and its destruction is imminent. Upon the destruction of a core, a piece of the boss may be put out of commission, seeing that it is no longer powered by a core, or if all of the cores are destroyed, the entire boss is defeated and explodes satisfyingly. Note that these cores are not present on the more organic bosses of Gradius. Such bosses have weak spots in places such as a mouth, head or eye.

When gameplay begins, the Vic Viper is relatively slow and has only a weak gun. This level of capability is generally insufficient for engaging enemies, but the Vic Viper can gain greater capabilities by collecting and using power-up items.

While most arcade games utilize distinct power up-items that each correspond to a specific effect on the player character, Gradius has a single power-up item. The effect of this power-up item is to advance the currently selected item in a power-up menu that appears at the bottom of the screen. When the desired power-up is highlighted, the player can obtain it by pressing the power-up button, returning the menu to its initial state in which no power-up is highlighted. (Quelle: Wikipedia)