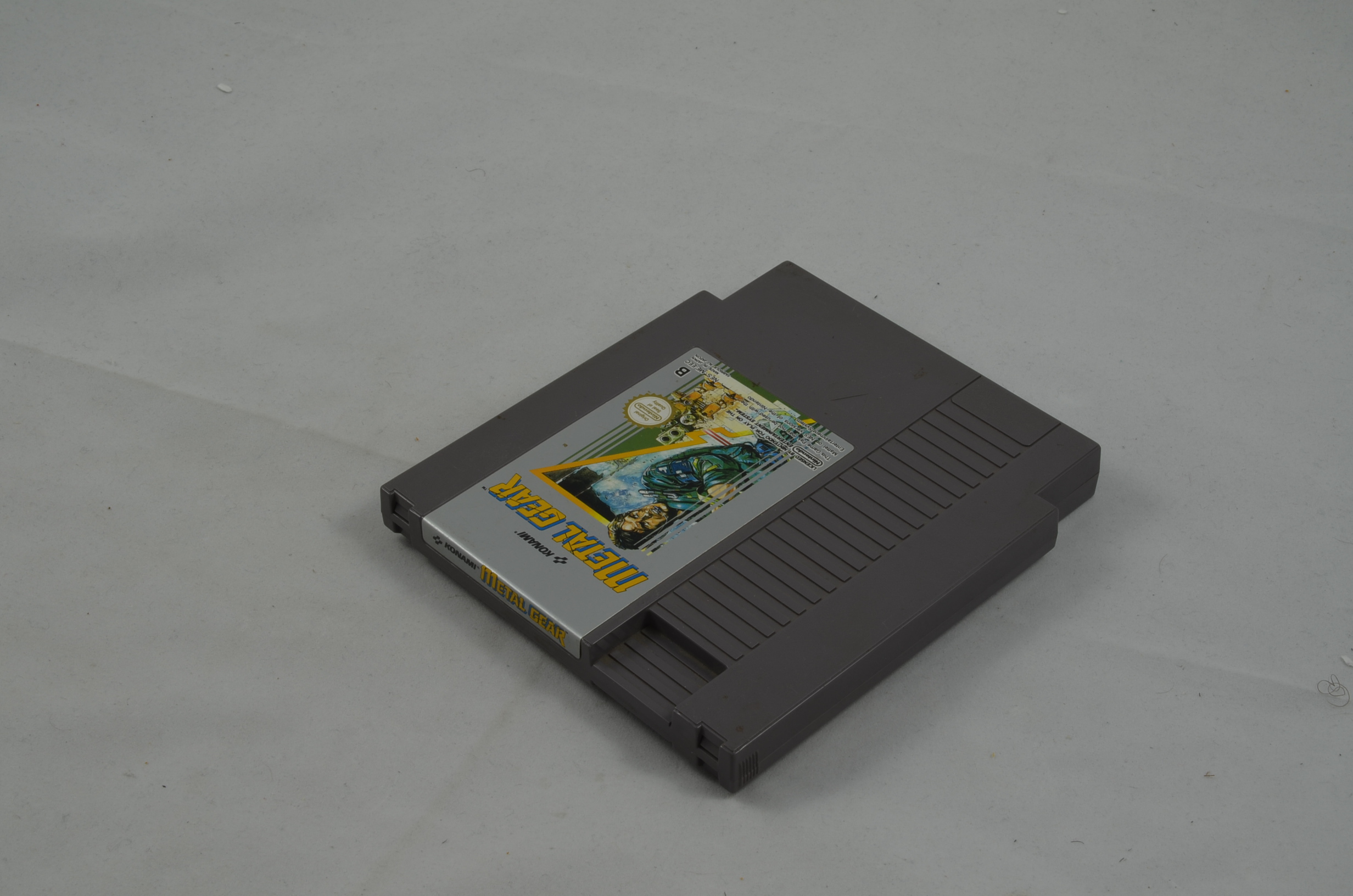 Metal Gear is an overhead military action-adventure stealth video game originally released in 1987 by Konami for the MSX2 computer in Japan and parts of Europe. Considered to be the progenitor of the stealth game genre, it is the first video game designed by Hideo Kojima, who directed many of the later Metal Gear sequels. A heavily altered port was produced for the Famicom/NES, without Kojima's involvement. A remade version based on the original MSX2 game was released as a bonus game in Metal Gear Solid 3: Subsistence for the PlayStation 2 and, as a result, is included in Metal Gear Solid HD Collection and Metal Gear Solid: The Legacy Collection.

The game revolves around a special forces operative codenamed Solid Snake who goes into a solo infiltration mission into the fortified state of Outer Heaven to destroy Metal Gear, a bipedal walking tank capable of launching nuclear missiles from anywhere in the world.

The player must navigate the main character, a military operative codenamed Solid Snake, through various locations, while avoiding visual contact and direct confrontation with patrolling guards. If the player is seen, the game enters the "Alert Mode." In this situation, Snake must escape from enemy's sight in order to resume infiltration. The method of escaping varies depending on the circumstances behind discovery:

If Snake is seen and only a single exclamation mark appears over an enemy's head, only the enemies in the player's present screen will attack and Snake can escape by simply moving to an adjacent screen.

However, if two exclamation marks appear over the enemy (or the player triggers an alarm by being spotted by a camera, infrared sensor or by using an unsuppressed weapon), reinforcements from off-screen will appear as well. Snake can only escape by eliminating all incoming enemies, going outdoors, or by entering an elevator.

The player starts the game unarmed, but eventually acquires firearms such as a Beretta 92F and an M79 grenade launcher, as well as explosives such as remote control missiles and landmines. Ammo and supplies for weapons are limited, but are replenished by picking up ammunition caches or additional supplies. Weapons can not only be used to kill enemies, but also to clear obstacles such as hollow walls and electrified floors. Snake can also use his fists to punch and defeat patrolling enemies. Occasionally, if the player defeats a guard with punches without alerting anyone, the defeated guard will yield a single unit of rations or an ammo box that can be picked up. In addition to enemy guards, the player will also be confronted by mercenaries who will challenge the player to combat, serving as the boss characters.

The enemy base consists of three different buildings, with multiple floors (including basement levels) within them. The player uses key cards and other items to unlock doors and explore new areas. Each door will only open to its corresponding key cards. Information can be obtained by rescuing hostages being held within the buildings. After rescuing five hostages, the player's rank will increase by one star (with the maximum rank being four stars), allowing for increased carrying capacity and maximum health. However, if a hostage is killed, the player is demoted to the previous rank.

A transceiver is available for the player to communicate with their commanding officer, Big Boss, or one of the resistance members operating covertly near Outer Heaven (Schneider, Diane, and Jennifer). Each of Snake's allies specializes in a specific subject. The player must keep track of their allies' frequency numbers in order to contact them. All of the radio messages are dependent on the rooms where the player is located. (Quelle: Wikipedia)