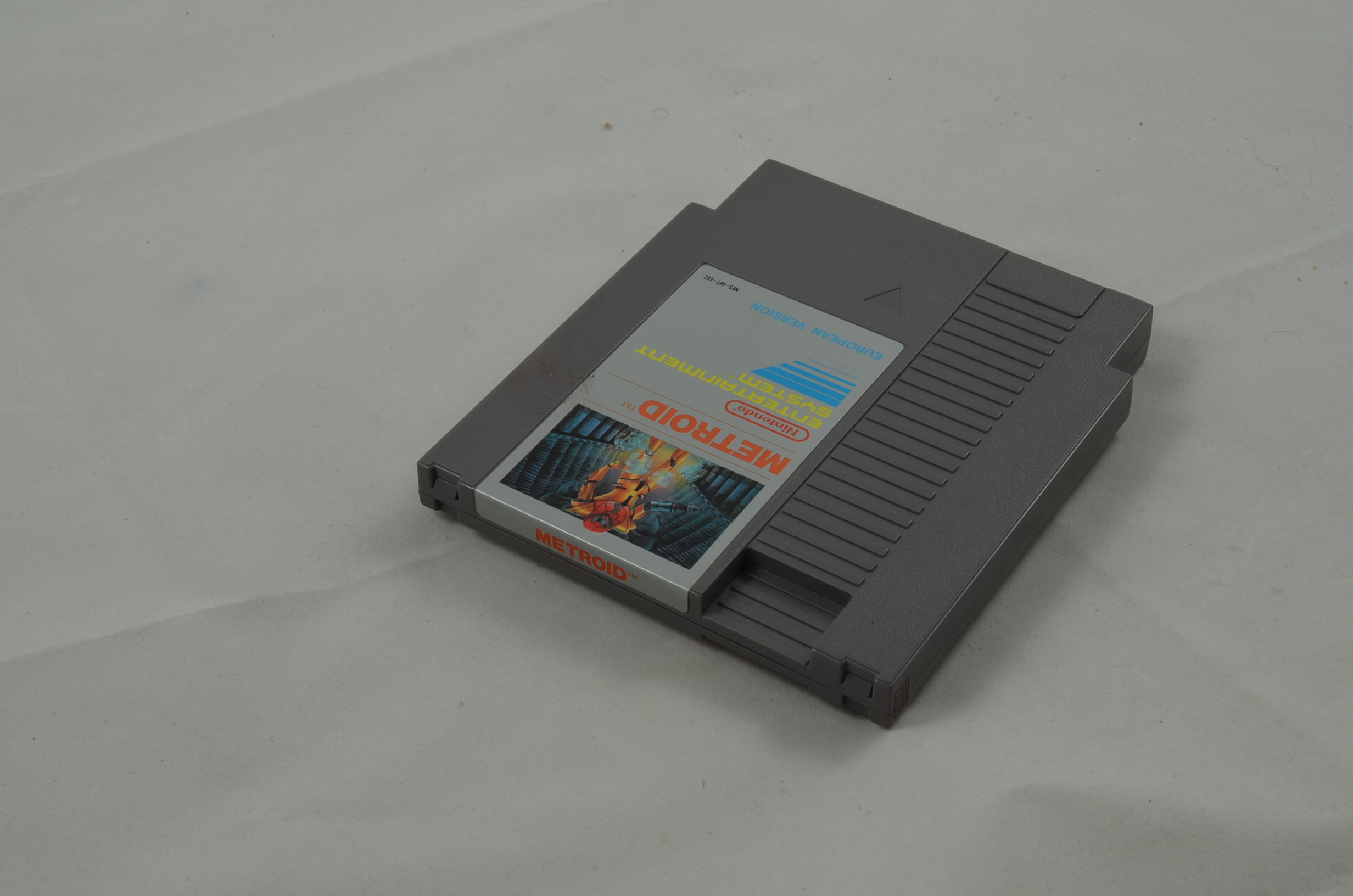 Metroid is an action-adventure video game, and the first entry in the Metroid series. It was co-developed by Nintendo's Research and Development 1 division and Intelligent Systems, and was released for the Famicom Disk System in Japan on August 6, 1986, and for the Nintendo Entertainment System in North America in August 1987, and in Europe in January 1988. The game was re-released for the Game Boy Advance in October 2004, and for the Wii Virtual Console in Europe in July 2007, in North America in August 2007, and in Japan in March 2008. Metroid was produced by Gunpei Yokoi, directed by Satoru Okada and Yoshio Sakamoto, and had music composed by Hirokazu Tanaka.

Set on the planet Zebes, the story follows Samus Aran as she attempts to retrieve the parasitic Metroid organisms that were stolen by Space Pirates, who plan to replicate the Metroids by exposing them to beta rays and then use them as biological weapons to destroy Samus and all who oppose them. The game's style, focusing on exploration and the search for power-ups that are used to reach previously inaccessible areas, influenced other video games. Its varied endings for fast completion times made it a popular game for speedrunning. Metroid was lauded for being one of the first video games to feature a female protagonist, though the player must complete the game in under five hours for this to be revealed, with the game's English-language instruction manual even using "he" to refer to the protagonist. Nintendo Power ranked Metroid 11th on their list of the best video games made on a Nintendo video game console. On Top 100 Games lists, Metroid was ranked 7th by Game Informer and 69th by Electronic Gaming Monthly.

Metroid is an action-adventure game in which the player controls Samus Aran in sprite-rendered two-dimensional landscapes. The game takes place on the planet Zebes, a large, open-ended world with areas connected by doors and elevators. The player controls Samus Aran as she travels through the planet's caverns and hunts Space Pirates. She begins with a weak power beam as her only weapon, and with only the ability to jump. The player explores more areas and collects power-ups that grant Samus special abilities and enhance her armor and weaponry, granting access to areas that were previously inaccessible. Among the power-ups that are included in the game are the Morph Ball, which allows Samus to curl into a ball to roll into tunnels and use the Bomb weapon, and the Screw Attack, a somersaulting move that destroys enemies in its path. In addition to common enemies, Samus encounters bosses whom she needs to defeat to progress. Defeating an ordinary enemy typically yields additional energy or ammunition, while defeating a boss expands Samus's capacity to carry ammunition and opens the door to the final area. (Quelle: Wikipedia)