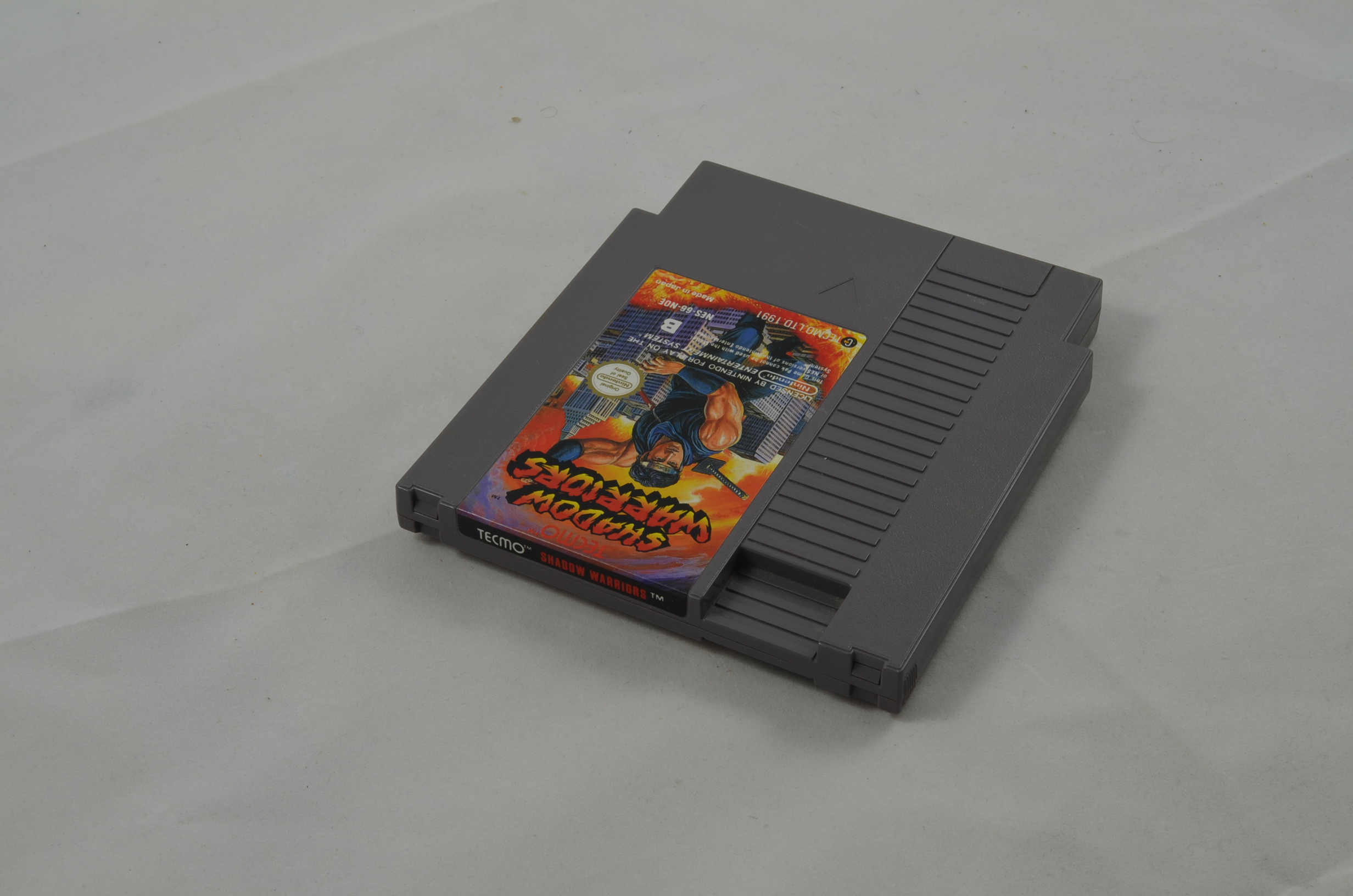 Ninja Gaiden , known in Japan as Ninja Ryūkenden and as Shadow Warriors in Europe, is a side-scrolling action-platforming video game. It was developed and published by Tecmo for the Nintendo Entertainment System (NES); its development and release coincided with the beat 'em up arcade version of the same name. It was released in December 1988 in Japan, in March 1989 in North America, and in August 1991 in Europe. It has been ported to several other platforms, including the PC Engine, the Super NES, the Virtual Console, and mobile phones.

The story follows a ninja named Ryu Hayabusa as he journeys to America to avenge his murdered father. There, he learns that a person named "the Jaquio" plans to take control of the world by unleashing an ancient demon through the power contained in two statues. Featuring platforming gameplay similar to Castlevania and the NES version of Batman, players control Ryu through six "Acts" that comprise 20 levels; they encounter enemies that must be dispatched with Ryu's katana and other secondary weapons.

Ninja Gaiden has been renowned for its elaborate story and usage of anime-like cinematic cutscenes. It received extensive coverage and won several awards from video gaming magazines, while criticism focused on its high and unforgiving difficulty, particularly in the later levels. Over fifteen years after its release, the game continued to receive acclaim from print and online publications. It was novelized as part of the Worlds of Power NES game adaptations written by Seth Godin and Peter Lerangis, and it spawned a soundtrack CD. On the NES, Ninja Gaiden was described as one of the best arcade-style games for the system, and was known for its high difficulty.

Ninja Gaiden is a side-scrolling platform game in which the player takes control of the player character, Ryu Hayabusa, and guides him through six "Acts" that comprise 20 levels. Ryu's physical strength is represented by a life meter, which decreases when he is hit by an enemy or projectile. A "life" is lost when the life meter depletes entirely, when Ryu falls off of the screen, or when the timer runs out. A game over screen appears when all lives are lost; however, the player may restart the level on which this occurred by continuing. At the end of every act, the player fights a boss; bosses have life meters that the player depletes with attacks. A boss is defeated when its life meter is depleted entirely. Each boss is one of the "Malice Four" – evil underlings of the Jaquio, the game's main antagonist. The Malice Four consist of Barbarian, Bomberhead, Basaquer, and their leader Bloody Malth.

Players attack enemies by thrusting at them with Ryu's Dragon Sword – a katana-like sword passed down from the Hayabusa clan for generations. They can also use "secondary" weapons that consume Ryu's "spiritual strength". Secondary weapons include throwing stars, "windmill throwing stars" which cut through enemies and return like boomerangs, a series of twirling fireballs named "the art of the fire wheel", and a mid-air slashing technique called the "jump & slash". When Ryu's spiritual strength meter becomes too low, the player cannot use secondary weapons. Players can replenish Ryu's spiritual strength by collecting red and blue "spiritual strength" items found in lamps and lanterns. Other items found along the way include hourglasses that freeze all enemies and projectiles for five seconds, bonus point containers, potions that restore six units of physical strength, "invincible fire wheels" that make Ryu temporarily invincible to attacks, and 1-ups.