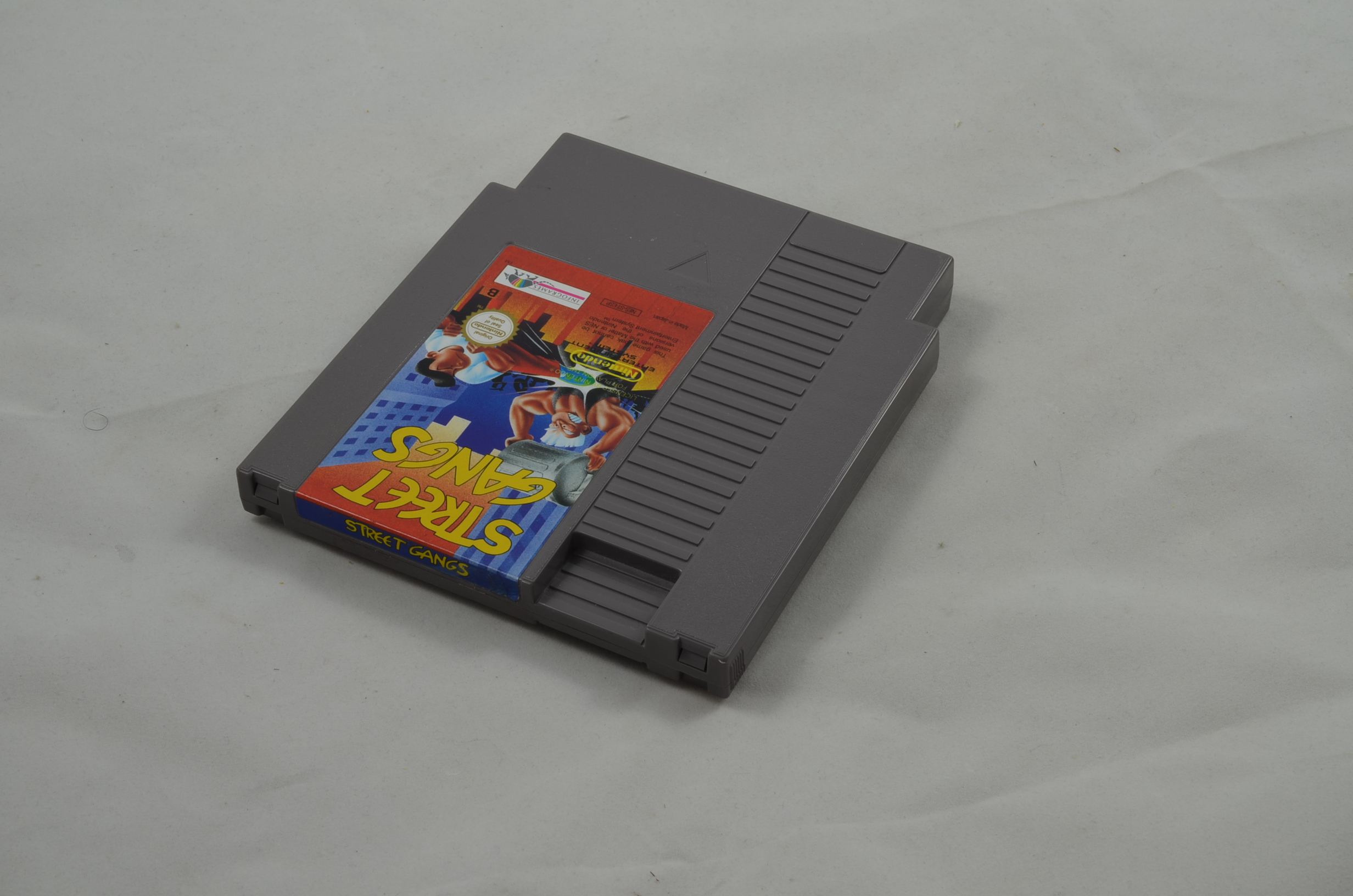 River City Ransom, originally released as Downtown Nekketsu Monogatari or Downtown Nekketsu Story in Japan and later as Street Gangs in PAL regions, is an open world action role-playing beat 'em up video game for the Family Computer/NES. It was developed by Technōs Japan and originally released in Japan on April 25, 1989. It is the third game in Technos' Kunio-kun series released for the console, preceded by Renegade and Super Dodge Ball. Like its predecessors, River City Ransom underwent great changes in its storyline and graphical presentation during its localization in order to make the game more palatable in the Western market. It was one of the first console games published by North American subsidiary American Technos.

The plot follows high school students Alex and Ryan as they cross River City in an attempt to rescue River City High and Ryan's girlfriend Cyndi from the clutches of a villain called "Slick". Along the way, they battle with gangs of students (with names such as "The Generic Dudes", "The Frat Guys", "The Jocks" or "The Squids") and several gang leaders which act as bosses or sub-bosses.

River City Ransom is a beat 'em up game with action role-playing elements. The game is non-linear, allowing players to explore an open world, in a sandbox manner. The fighting style is very similar to Double Dragon, in that the player can move freely around the screen while pressing buttons to punch, kick, or jump. Objects such as brass knuckles, steel pipes, and trashcans can be used as melee weapons or thrown at enemies. However, the characters' effectiveness in battle is determined by several statistics and their knowledge of fighting techniques, such as Grand Slam, Stone Hands, and Dragon Feet, which are purchased as books in shops throughout the city using funds recovered from defeated gang members. This loot may also be spent on various food items and spa treatments which serve to not only revitalize the player's stats, but may also permanently increase attributes like "Punch" and "Kick" (Foods and items offer varying levels of improvement).

The player can input passwords that keep track of their character's stats, skills, possessions, money, and defeated bosses. There are a total of nine gangs in the original NES version (which are distinguished by the color of their t-shirts) whom the player will encounter during the course of the game, each with their own characteristics and attacking patterns. (Quelle: Wikipedia)