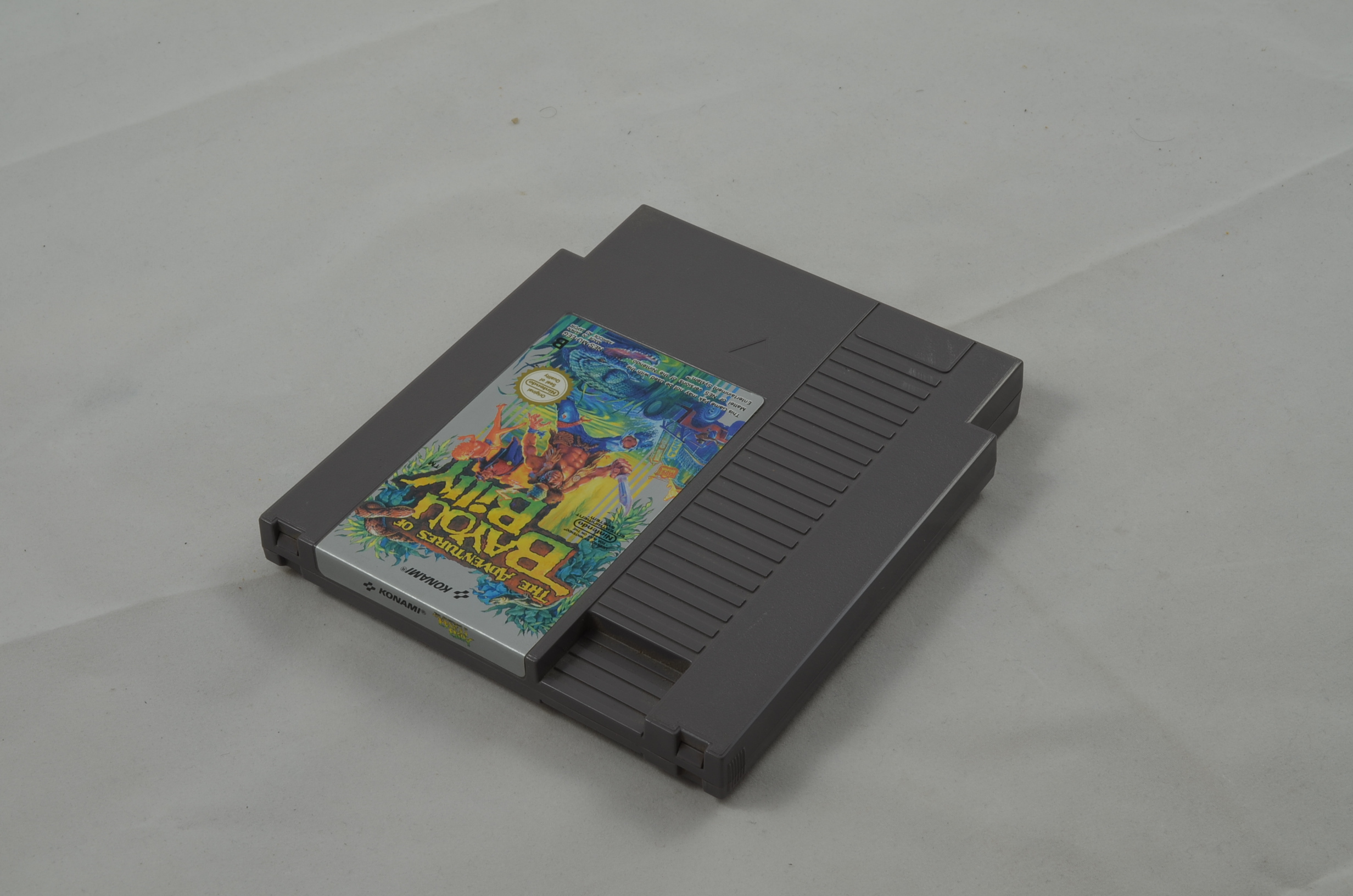 The Adventures of Bayou Billy is an action game released by Konami for the Nintendo Entertainment System in North America in 1989 and in the PAL region in 1991. It is a revised version of the 1988 Family Computer game Mad City, which has been modified with many graphical changes and an increase in the game's difficulty level. The game employs various play styles that were popular at the time such as beat-'em-up, gun shooting and racing.

The majority of the game follows a beat-'em-up format in which the player character (Billy) must engage in hand-to-hand combat against every enemy he encounters in order proceed from one area to the next until reaching the end of each stage before his health runs out. Billy's basic attacks consists of a punch, a kick and a jump kick performed by pressing the A and B buttons simultaneously. The player can also arm Billy with one of three melee weapons dropped by certain enemies: a throwing knife, a club and a whip. If the player picks up a new weapon while Billy is still in possession of a previous one, the new weapon will overwrite the previous one. Billy can also pickup guns, which the player can draw or withdraw at any time by pressing the Select button (when Billy is using a gun, the number next to the "bullet" indicator on the top portion of the screen will start flashing). Other power-ups in these stages include a chicken drumstick that refills Billy's health and a body armor that protects Billy from enemy bullets and reduces the damage he takes from other attacks. While the majority of the enemies in the beat-'em-up stages are human bad guys, the player will occasionally fight animals as well such as crocodiles, eagles and guard dogs.

In Stages 2 and 7, the game adopts a rail shooting format viewed from a first-person perspective which can be played with a standard controller or with an NES Zapper, depending on the mode chosen by the player before the start of the game. In these stages, the player must shoot as many gunmen as possible and then destroy the boss at the end of the stage without running out of health or ammunition. Certain enemies will drop additional ammo and health kits, as well as other power-ups such as an hourglass that gives Billy unlimited ammo for a limited period, a bulletproof vest that leaves him invulnerable for a while as well, and a star that destroys all present enemies.

In Stages 4 and 5, the player must drive Billy's jeep through the freeway from the grasslands to the suburbs before time runs out. In these two stages, the player steers and accelerates the jeep with the d-pad, while the A and B buttons are used to launch grenades at airborne enemy vehicles and shoot at other cars in front of Billy's jeep. These are the only stages where the player does not have a health gauge and as a result, a single collision with an enemy vehicle, bomb explosion or any other road hazard will result in a lost of life. The player can pick up gasoline cans along the way to extend the time limit.

In addition to the main game mode, there's also a practice mode featuring shorter versions of select stages in order to help players familiarize themselves with the controls for each gameplay style. Completing a practice stage will award the player with a power-up that can be used in the main game. (Quelle: Wikipedia)