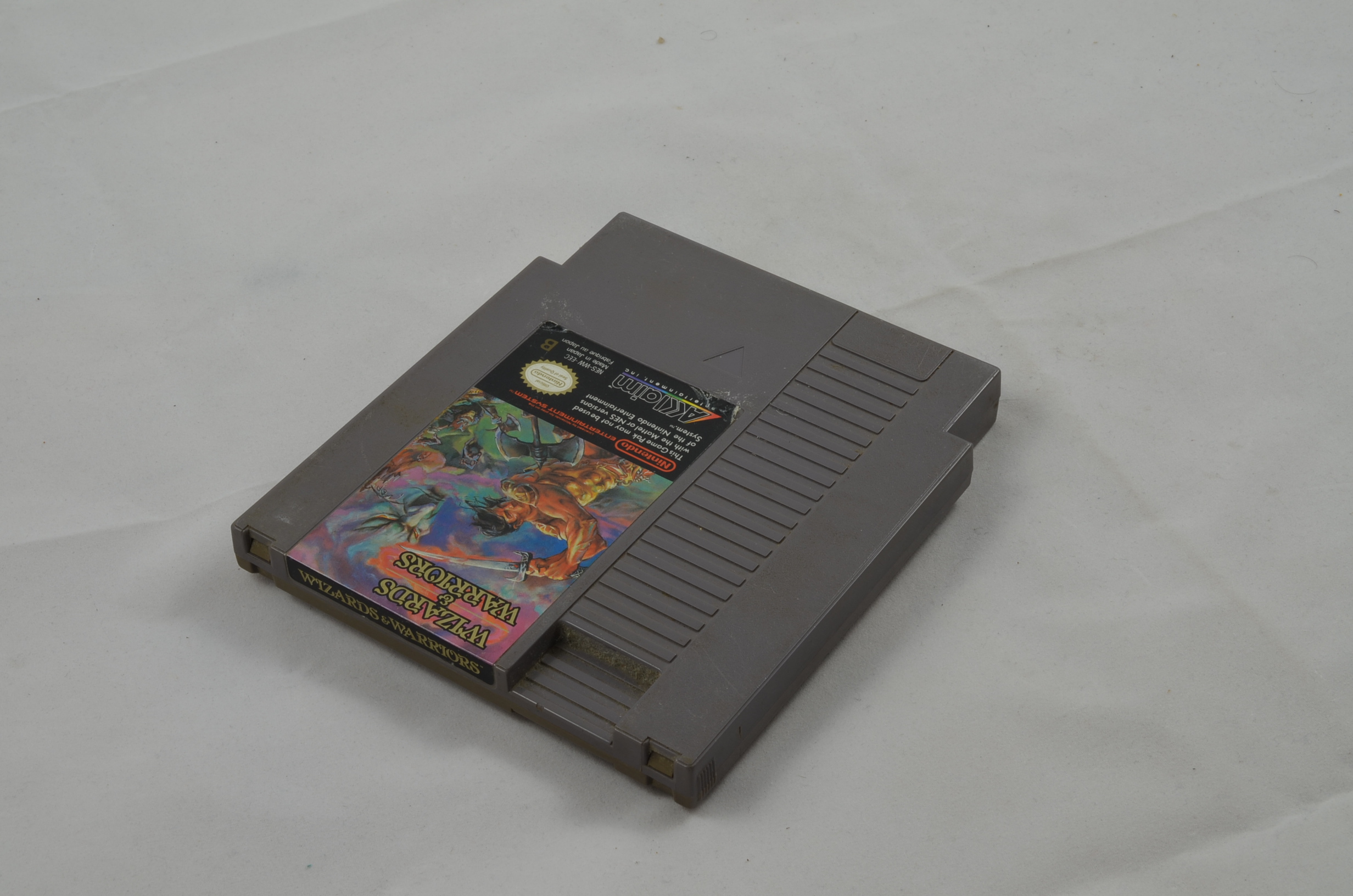 Wizards & Warriors is a platforming video game developed by Rare Ltd. for the Nintendo Entertainment System (NES). It was published by Acclaim and released in North America in December 1987 and in Europe on January 7, 1990. It was also released in Japan by Jaleco on July 15, 1988, under the title Densetsu no Kishi Elrond . In the game, players control Kuros, the "Knight Warrior of the Books of Excalibur", as he sets out in the Kingdom of Elrond to defeat the evil wizard Malkil, who holds the princess captive in Castle IronSpire, located deep within Elrond's forests. During the game, players make their way through forests, tunnels, and caves, battling hordes of enemies and collecting treasure, magical items, and additional weaponry to get past the obstacles and hazards that lie in their path. It was Rare's second game released for the NES, after Slalom.

Wizards & Warriors was featured in early video gaming magazines such as Nintendo Fun Club News, Nintendo Power, and VideoGames & Computer Entertainment in 1988 and 1989. The main characters Kuros and Malkil would make appearances in the animated series The Power Team (part of the TV video game reviewing show Video Power) and Captain N: The Game Master. The game would also be novelized for the Worlds of Power series of NES game adaptations, created by Seth Godin. It received general praise for its graphics, sound, difficulty, and arcade-style gameplay. Criticisms include the presence of unlimited continues, which allow players to restart the game right where they previously left off while retaining all items that were collected before. Retro Gamer called Wizards & Warriors "a unique experience for NES gamers in 1987, and technically well ahead of other games for the console at the time". The game also spawned three sequels: Ironsword: Wizards & Warriors II, Wizards & Warriors III: Kuros: Visions of Power and Wizards & Warriors X: The Fortress of Fear.

Wizards & Warriors is a platformer in which players control Kuros as he makes his way through the forests of Elrond to Castle IronSpire, where he must defeat Malkil and rescue the princess. After starting the game, the map is briefly shown for players to look at; afterwards, gameplay starts. Starting in the Elrond forest, players must explore the trees – both on top and inside – to find items and to make it into the caves and tunnels. There, players start collecting the various magical items and treasure; they must make their way through caves filled with ice as well as lava. Afterwards, players fight through a second set of forests before arriving at Castle IronSpire, in which the player must go over the castle in order to enter it. The castle consists of a series of mazes in which players must use keys to open doors and possibly find other damsels which can be rescued. At the end lies the final confrontation with the wizard Malkil.

Players use the control pad to move horizontally and to crouch. Kuros can attack enemies by using his Brightsword or with other weapons and magic. He can also attack enemies while in the air or while standing by simply holding the sword in position. The objective of the game is to collect the various weapons and magic as well as the gems and treasure along the way; players use these items to make it past the enemies and other obstacles and hazards. Players collect gems in order to "bribe" the creature who guards the entrance to the next level; if players do not have enough gems, they cannot progress to the next level. At the end of each level is a boss creature which has been empowered by Malkil's black magic. Bosses have an "Enemy's Black Magic Power" meter which shows how difficult the boss is, how many hits are required to defeat it, and what type of weaponry needs to be used. Kuros has a life meter which decreases as time passes and when he sustains damage from enemies. Players loses a life when Kuros' life meter runs out, but upon restarting they keep all the items they have obtained up to that point. The game ends when all three lives have been lost, but players have the choice to continue and restart at the level in which they lost their last life; upon continuing, players keep all their items obtained up to that point, but their score goes back to zero. Along the way, players can replenish Kuros' life meter by collecting pieces of meat scattered throughout the levels.

Along the way, players pick up many items which will help Kuros along his way. Acorns, torches, and treasure chests contain objects for players to collect. Chests are color-coded and require a key of that matching color to open the chest; the same color-coded keys are used to open doors of matching colors. Some weapons and magic items are replaced once the player collects a new item, but others remain throughout the course of the game. Items include the following: "Boots of Force" which can kick open chests and doors; magical potions which temporarily grant Kuros invulnerability, extra speed, or extra jumping ability; gems to help bribe the end-of-level guardian; a shield to protect from enemy attacks; the "Potion of Levitation" which allows Kuros to float upwards; the "Dagger of Throwing" and the "Battle Axe of Agor" which are thrown at enemies and return like a boomerang; the "Feather of Feather Fall" which slows Kuros' falling speed; the "Wand of Wonder" and "Staff of Power" which shoot out balls of ice and fire, respectively; the "Cloak of Darkness" which makes Kuros invisible to enemies; the "Boots of Lava Walk" which allows Kuros to walk on the lava; "Exploding Eggs" which destroys all on-screen enemies; "Alarm Clocks" which stops all enemies for a brief period; knife and axe upgrades and an item simply called a "horn" (trumpet) which had many players confused as it appeared to be useless, its purpose was to reveal hidden doors to gem caves in some places. Other valuable treasures increase the player's score and include coins, orbs, chalices, and entire hoards of treasure. Rescuing the damsels in the levels also increase the player's score. (Quelle: Wikipedia)