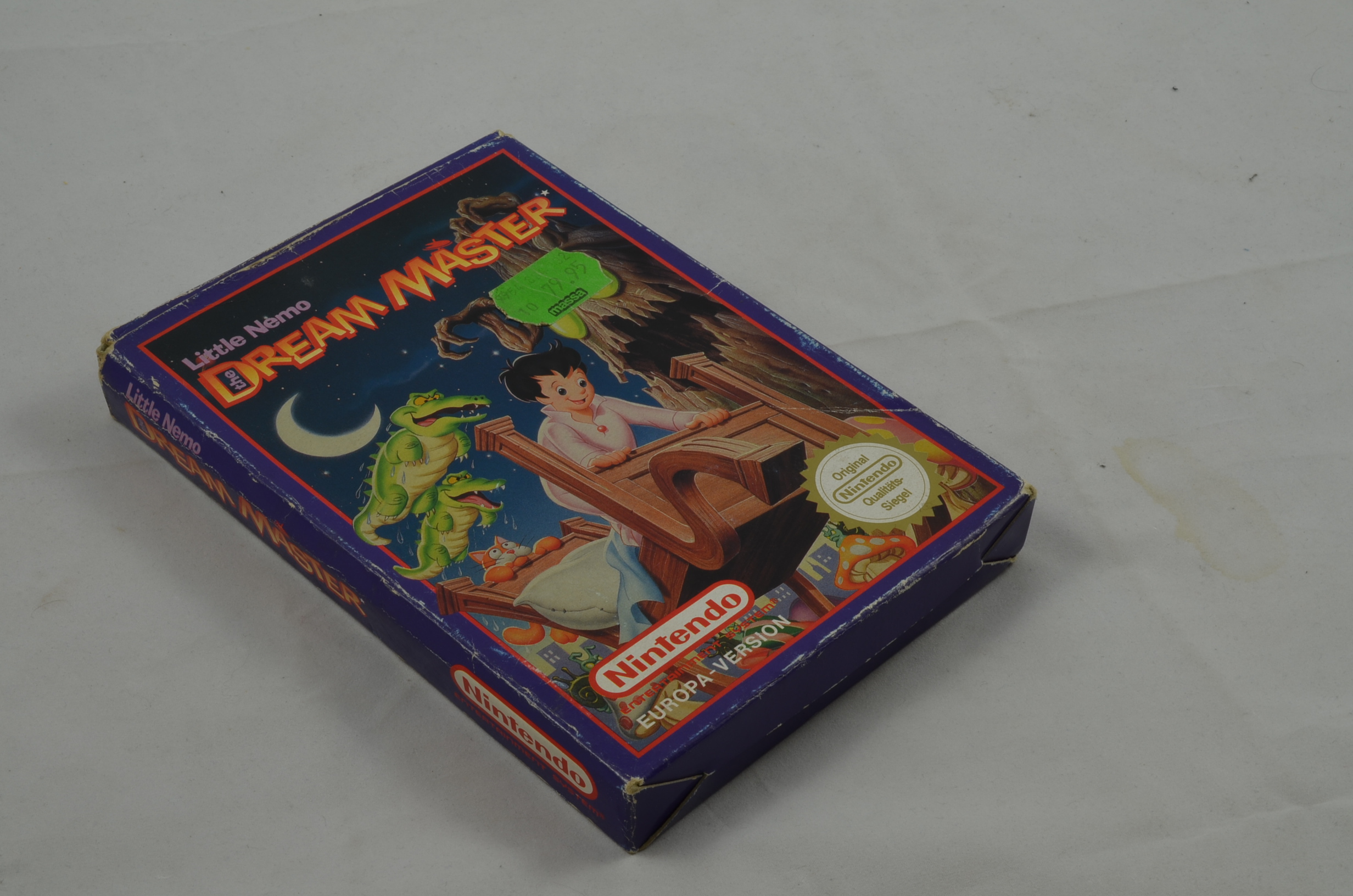 The game revolves around a young boy in his own surreal dreams as he journeys to Slumberland. Nemo can ride certain animals such as a frog, a gorilla, or a mole, by feeding them candy. Each animal has its own skills needed to complete each level. The purpose of the game is to travel to the Nightmare land to rescue Morpheus, the king of Slumberland, from the clutches of the evil Nightmare King.

In Little Nemo: The Dream Master, the player controls Nemo as he proceeds through side-scrolling, 2D levels. In each level, Nemo must collect a specific number of keys, which are generally scattered throughout the rather large levels. The number of keys needed to beat each level is not indicated to the player until reaching the exit at the end of the level, which has a corresponding number of locks. The player must proceed through each level, typically left to right but also up and down, searching for keys.

Throughout each level the player encounters several animals, which, after being fed, will allow Nemo to use their powers. Using the powers of some animals is necessary, while others simply make things a little easier. The animal's life-bars often differ from Nemo, with some animals possessing extra health bars. Such abilities are vital, as many challenging obstacles exist throughout the game, and enemies are virtually almost infinite. As such, Little Nemo is generally regarded as a highly difficult game. (Quelle: Wikipedia)