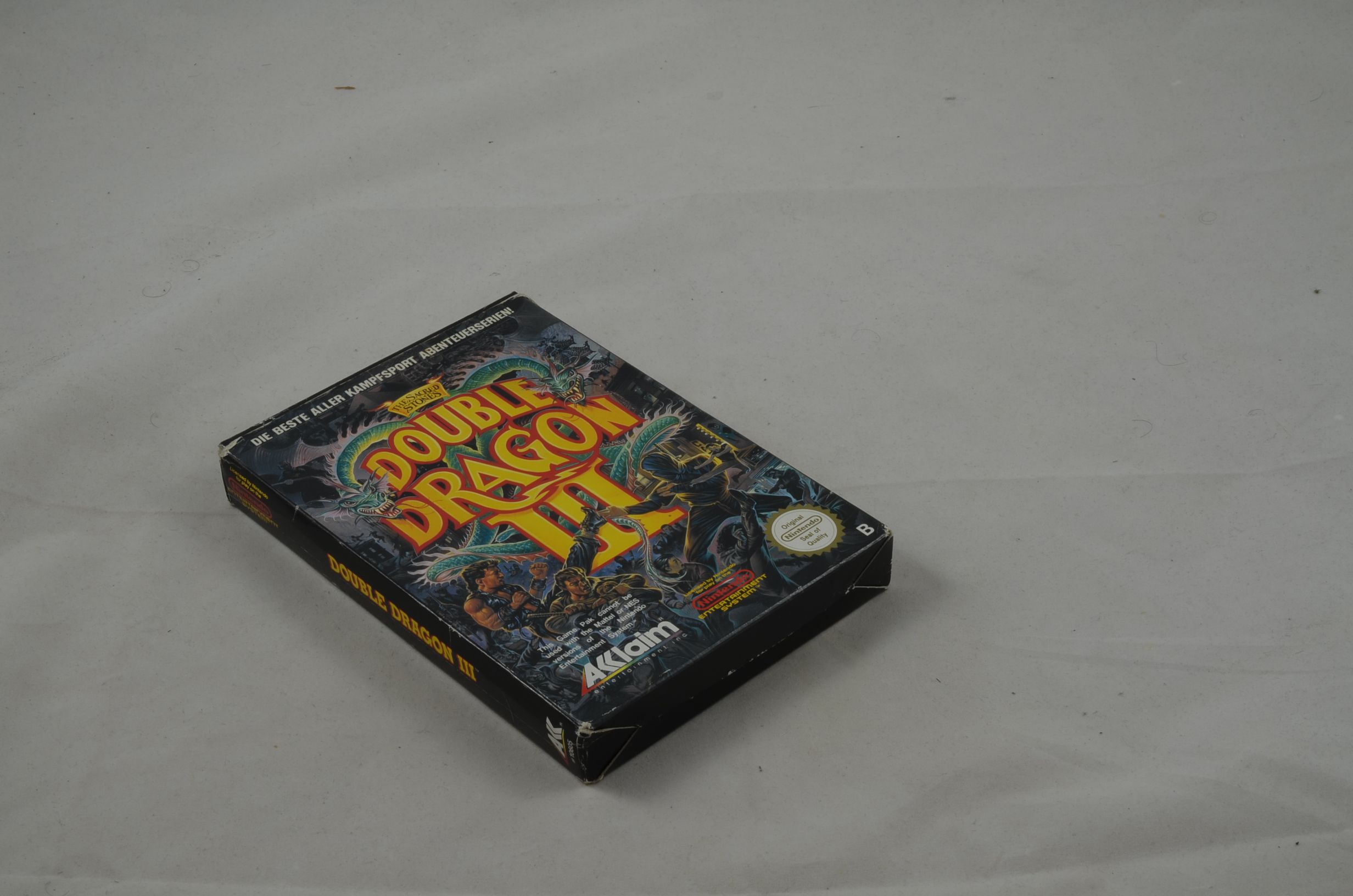 Double Dragon III can be played by one or two players simultaneously, with an "A mode" where both players can't harm each other and a "B mode" that allows friendly fire. Like its arcade counterpart, the NES version of Double Dragon III reverts to having punch and kick buttons as the standard control scheme and the ability to dash by pressing the d-pad left or right twice has been added. The rest of the combat system is a bit closer to the previous NES games, retaining the hair grab move that was removed in the arcade version (although the shoulder throw is gone, as well as the flying knee kick and hyper uppercut from the NES version of Double Dragon II: The Revenge). New moves in this version include a running jump kick (which can become a triangle jump kick when performed on a wall) and a midair somersault that allows the player to throw enemies by jumping on them. During 2-player mode, when both players are controlling each Lee brother, they can perform a twin cyclone spin kick and a triangle jump.

The game discards the traditional lives system from the previous NES installments, as well as the item shops from the arcade version. Instead, the player gains the ability to control two new fighters in addition to the Lee brothers as they progress through the game. These extra fighters join the player's party once they've been defeated as enemy bosses. Chin Seimei, a Chinese martial arts master, joins at the end of Mission 2, while Yagyu Ranzou, the head of a ninja clan, appears at the end of Mission 3. By pressing the Select button at any point, the player can access a character selection screen and switch between any of the available fighters. Each fighter has his own fighting techniques, health points and speed, making them suitable for different situations. When the player loses a fighter, he will automatically change to the next available character until the entire party has been defeated. Normally the game ends when the player's party has been vanquished, but the player is given the option to continue once during the final two stages.

In addition to fighting unarmed (or with a sword in Ranzou's case), each fighter has a backup weapon that they can draw at any time from the character selection screen, but can only be used for a limited time. This feature allows the Lee brothers to use nunchakus, Chin to wield an iron claw and Ranzou to throw shurikens. Weapons can also be obtained by disarming certain enemies, although only the Lee brothers and Chin can arm themselves with enemy weapons (which include a throwing knife, a sai and a beer bottle). An enemy's weapons can be used as long as the original owner is alive. (Quelle: Wikipedia)