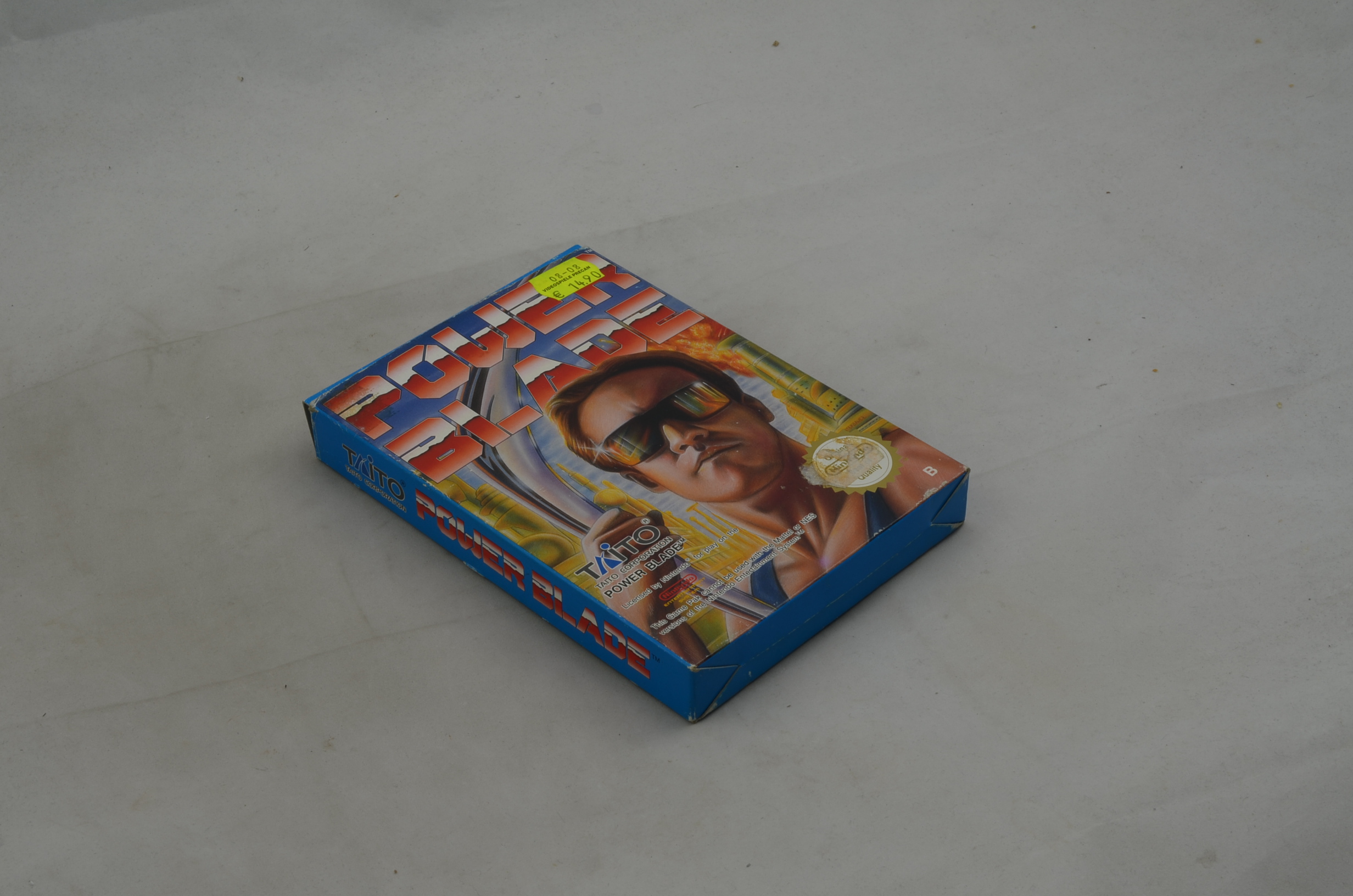 Power Blade, known in Japan as Power Blazer, is an action platform video game developed by Natsume and published by Taito for the Nintendo Entertainment System. It was released in North America in March 1991 and in Europe on January 23, 1992. The game spawned a sequel, Power Blade 2, released in 1992.

Power Blade takes place in the colony of New Earth in the year 2191 and follows NOVA, the Chief Security Officer of a supercomputer called the Master Computer. He must restore the Master Computer — which has been taken offline by aliens — by retrieving data tapes located in six sectors. The game features gameplay similar to the Mega Man series, in which players can select any of the six levels to play. Armed with a boomerang, players must complete all six levels, overcoming obstacles and defeating any enemies in the way.

The game's name comes from an item found in several levels; The Power Suit is an item that looks like a helmet. When collected Nova automatically equips the metal suit. This allows the player to shoot energy blasts known as "Power Blades" in any of the 8 directions and through most surfaces.

The player controls NOVA in a two-dimensional platforming environment. The object is to restore the Master Computer by going into each of six sectors of the Master Computer, accessing their databases, and recovering their data tapes. The player is armed with a boomerang in which the player can fire in all eight directions, destroying enemies. Throughout each sector, players can upgrade the power, range, and number of boomerangs by collecting various power-ups. The player has a life meter which decreases every time the player is hit by an enemy; players lose a life if their life meter runs out, if they fall into a pit, or if time runs out. The game ends when the player has lost all lives, but the game has a continue feature in which players can restart their game at the beginning of the level in which their game ended. Power Blade also has a password feature which allows players to restart the game at a specific checkpoint at any time.

In Power Blade, players can go through the six sectors in any order via a stage select screen. The objective in each sector is to find the agent who can give players access into that sector's database and then enter the database's security room, where players must defeat a security guard (boss) in order to gain access to the database itself and retrieve the tape. Once all six tapes have been gathered, the player gains access to the Master Computer's control center, where the player must destroy the alien overlord and restore the Master Computer back to its original state. One aspect of Power Blade that sets it apart from Power Blazer and Power Blade 2 is that if the player falls off the screen they will die. In the other two games the player simply falls back to the previous area. (Quelle: Wikipedia)