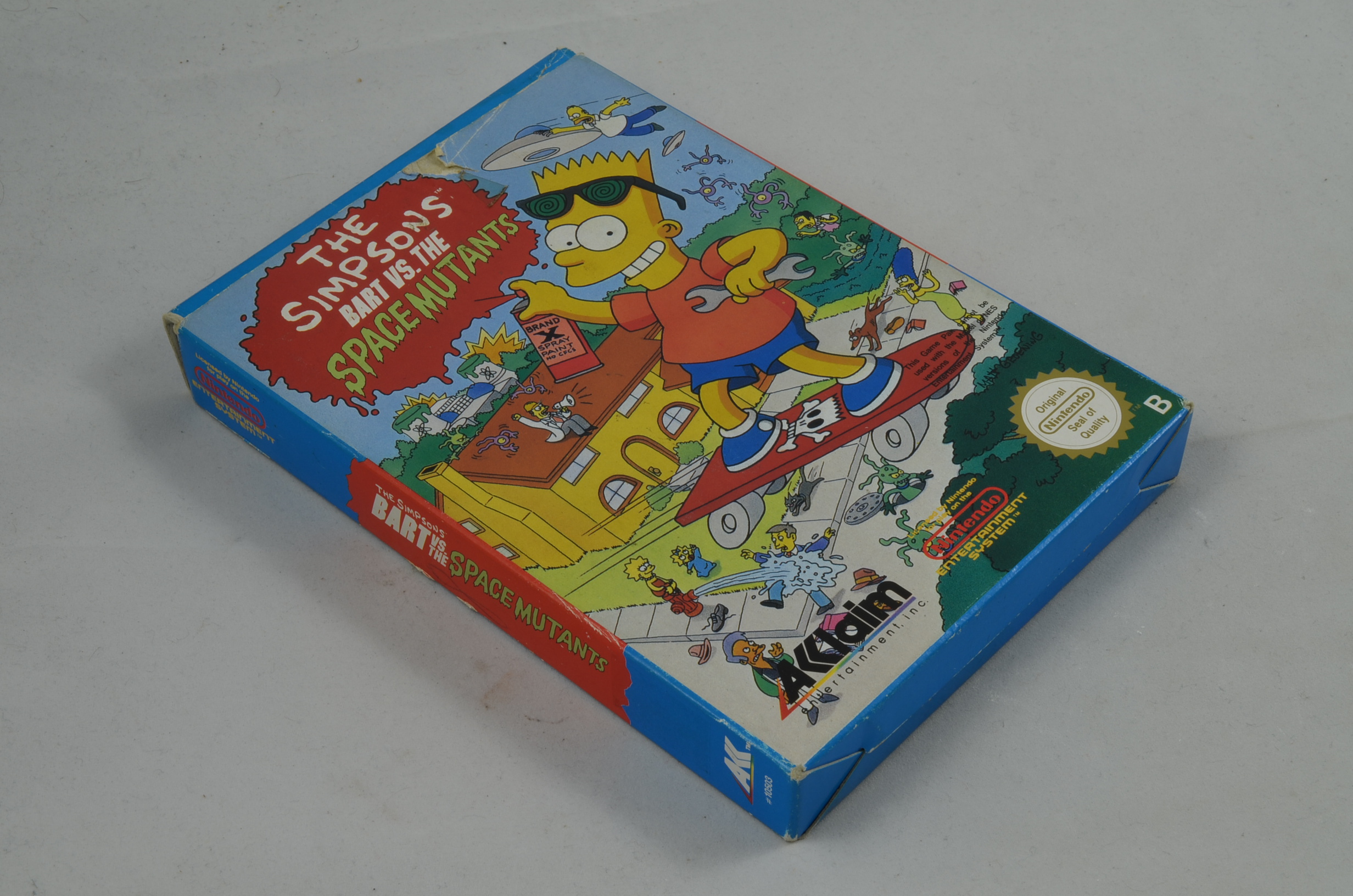 The Simpsons: Bart vs. the Space Mutants is the title of the first video game based on the animated television series The Simpsons. It was released in 1991 for the Nintendo Entertainment System, Atari ST, Amiga, ZX Spectrum, Commodore 64, and Amstrad CPC, and in 1992 for Sega Mega Drive/Genesis, Sega Game Gear, and Sega Master System. It was published by Acclaim and Ocean Software, and developed by Imagineering and Arc Developments. In this platform game, the player controls Bart Simpson through five levels as he tries to ruin the aliens' plan to take over the world. Video game critics have given Bart vs. the Space Mutants mixed reviews, with criticism directed at the difficulty of the game, partly caused by restricted controls.

Bart vs. the Space Mutants is a 2D side-scrolling platformer. In the single-player game, Bart Simpson is the only one who knows of the aliens' secret plan (his x-ray sunglasses allow him to identify aliens in human form) and he has to stop them from collecting the items they need to build their "ultimate weapon" to take over the world. There are a total of five levels, in which Bart must collect or destroy a certain number of these items (purple objects in the first level, hats in the second, balloons in the third, exit signs in the fourth, and nuclear rods in the fifth). If Bart loses a life he says "Eat my shorts". Another objective of Bart vs. the Space Mutants is to help Bart convince the other members of the Simpson family about the aliens' existence so that they will help him during the levels.

In order to get to some of the items and progress through the game, Bart must use equipment such as rockets and cherry-bombs, which are bought with coins that can be collected by getting rid of aliens. Bart is controlled by the player both on foot and on a skateboard. To get rid of aliens, which are disguised as real humans, he needs to jump on their heads. The game increases in difficulty for every level, and Bart meets up with a boss at the end of the first four. The levels are familiar to fans of The Simpsons and some of the television humor appears in the game: for example, in the first level Bart can make a prank call to the bartender Moe in order for him to run outside so that the player can spray paint his purple apron (an example of an item that the aliens need) into a red color that the aliens do not want. The game also includes some minigames. (Quelle: Wikipedia)

The Simpsons Bart vs the Space Mutants NES Spiel

The Simpsons Bart vs the Space Mutants NES Anleitung