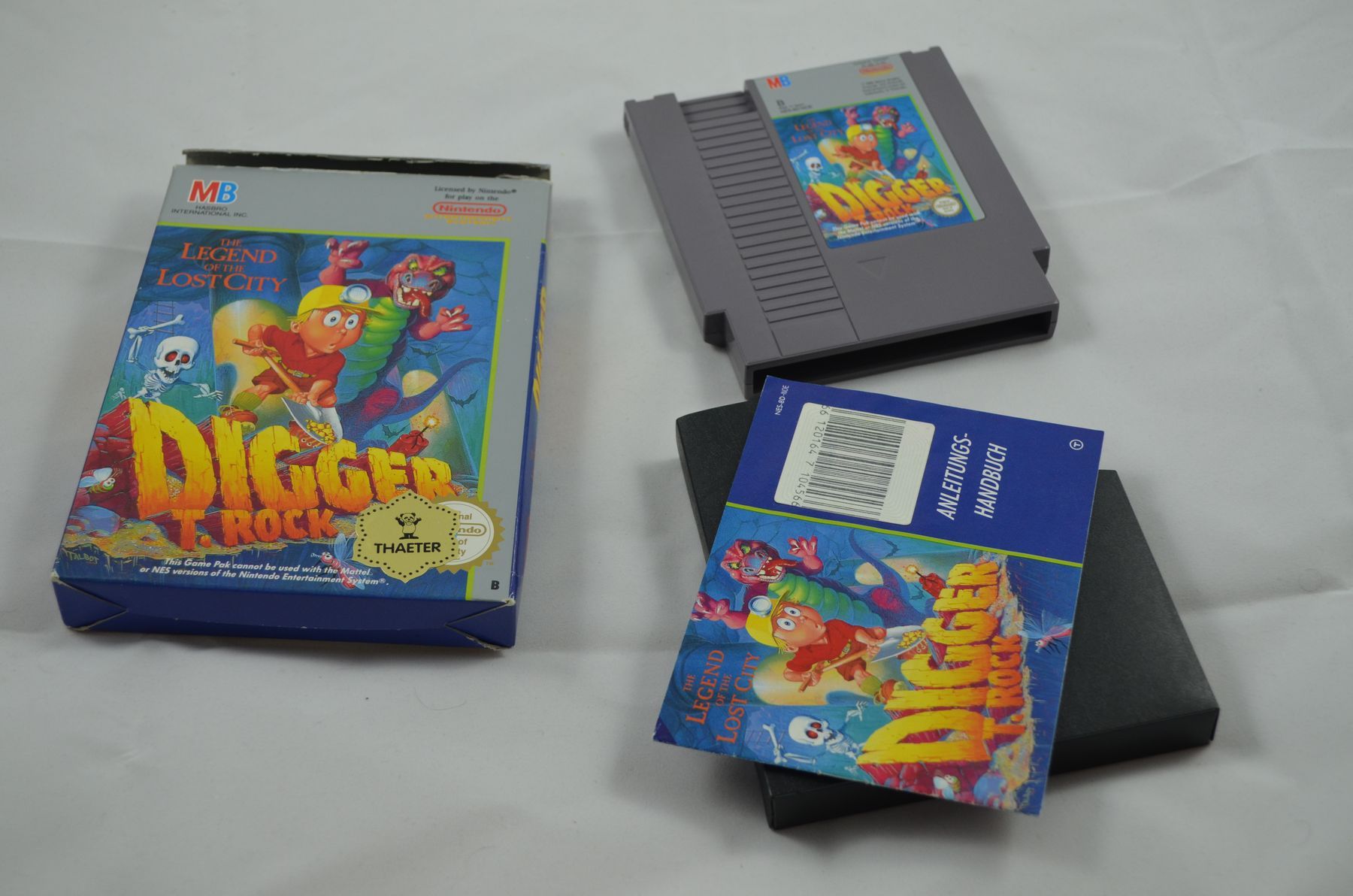 Digger T. Rock: Legend of the Lost City is a platform video game developed by Rare and published by the Milton Bradley Company for the Nintendo Entertainment System. It was first released in North America in December 1990 and in Europe in 1991. The game centres around the miner Digger T. Rock, as he spelunks various caves and catacombs whilst searching for the mythical Lost City.

The game was the first game to be developed by the newly re-branded Rare, whereas the first game to be released under the company was Solar Jetman, earlier in 1990. Digger T. Rock is also the first Rare game released for a Nintendo console. The game received mixed reviews upon release, with praise directed at its playability but was criticised for its poor graphics and presentation. It was later included in Rare's 2015 Xbox One retrospective compilation, Rare Replay.

The game is divided into eight caverns, which must be explored whilst avoiding death from enemy attacks, cave-in's, and fatal falls. The player-character, Digger T. Rock, can utilise multiple tools such as ladders, shovels, armour, and explosives, which can be used to explore and discover new areas. Monsters such as moles, mosquitoes, and dragons seek to kill the player-character. Digger's only defence is his shovel, which can be used to attack enemies as well as mining stone. The player starts the game with three lives.

The goal in each cavern is to locate both the end of level door and the special pillar which unlocks it. When stepped on, the pillar activates a countdown timer, during which the door is open. Once the timer is active, the player must get to the door before the timer ends and the door re-closes. There are multiple bonus games in between levels where the player can amass more treasure. Later levels include caveman villages where the player can purchase new tools with collected treasure as a currency. (Quelle: Wikipedia)