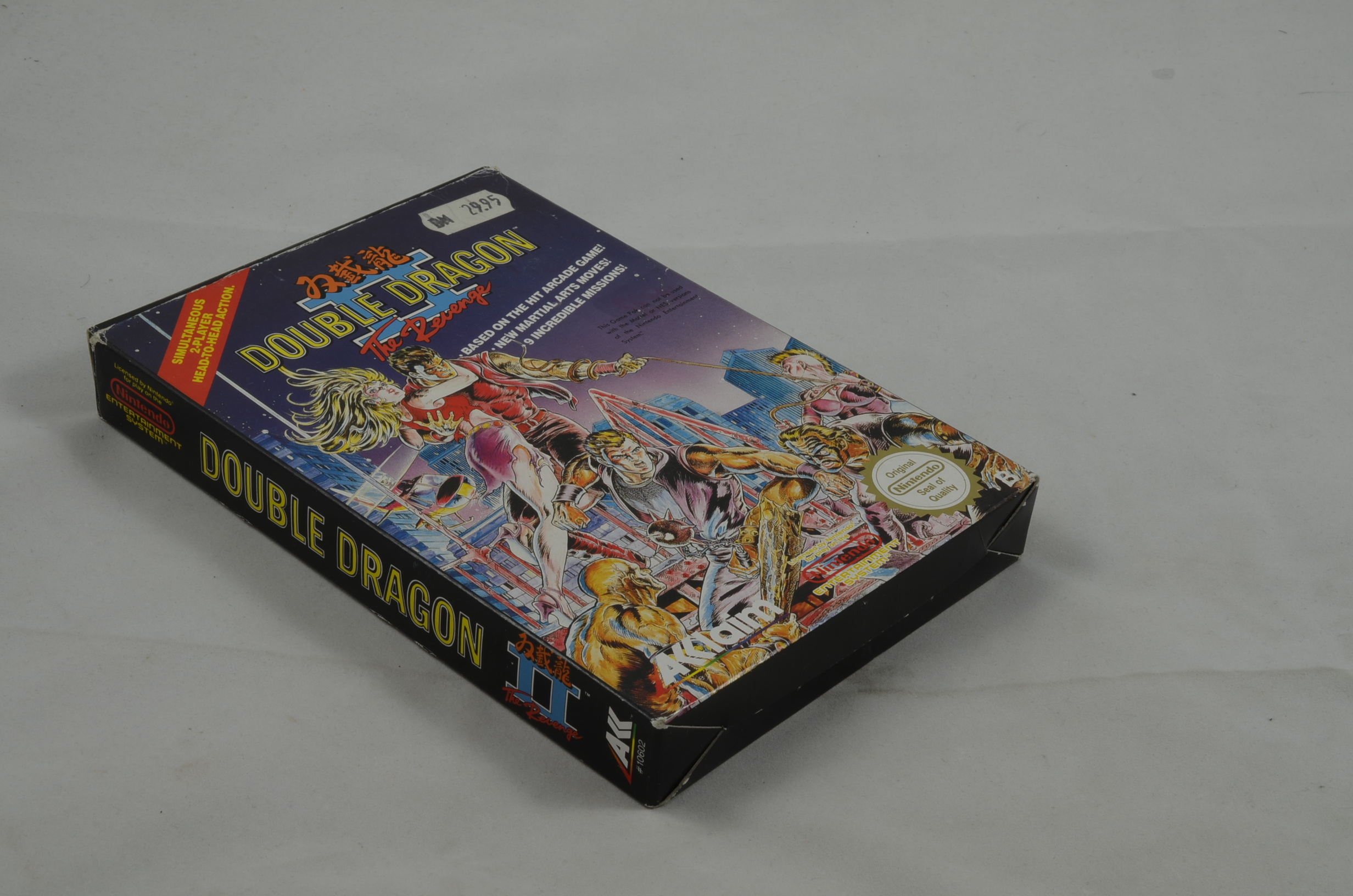 Double Dragon II: The Revenge is a side-scrolling beat 'em up produced by Technōs Japan originally released as a coin-operated arcade game in 1988. It is the first sequel to Double Dragon, released during the previous year. The sequel involves Billy and Jimmy Lee in a mission to avenge their girlfriend Marian after she is shot to death by the Black Warriors leader Willy, who is retaliating against the Lee brothers after his defeat at the end of the previous game. Double Dragon II was initially developed as an upgrade kit for the original Double Dragon, but evolved into a stand-alone game due to an increase in memory size, resulting in the developers reusing assets for both games.

The arcade version of Double Dragon II: The Revenge begins with Marian, the damsel in distress from the original Double Dragon, being shot to death by the leader of the Black Warriors. Once again, the players assume the role of brothers Billy and Jimmy Lee, who are now tasked with the duty of avenging Marian's death. The arcade version of the game is essentially an improved version of the original title. The biggest change in the game's controls are in the replacement of the original's punch and kick buttons with two directional-based attack buttons (Left Attack and Right Attack) similar to Renegade. Pressing the attack button of the player's current direction will do a standard series of punches, while pressing the opposite attack button will perform a back kick. A few new moves are added as well, including a Hurricane Kick.

Almost all of the returning enemy characters from the first game were given makeovers and new moves which they can use against the player. The weapons that can be used by the player have also been redrawn and modified from the previous game. The steel bats and dynamite sticks for example, were replaced by shovels and grenades.

Like in the original game, the arcade version of Double Dragon II is divided into four missions: a heliport, a lumber storehouse, a wheat field, and the new hideout of the boss. Each stage has its own boss character with his own theme. After defeating Willy (the final boss from the original game) in the fourth stage, the player will confront a double of their own character for the game's final battle. If two players reach the end together, then oth will each to have to face their own clone.

An 8-bit console version was released for the Nintendo Entertainment System by the start of 1990, developed by Technōs themselves, although it is a very distinct product from the arcade game. It was remade by Naxat Soft for the PC Engine in 1993. (Quelle: Wikipedia)