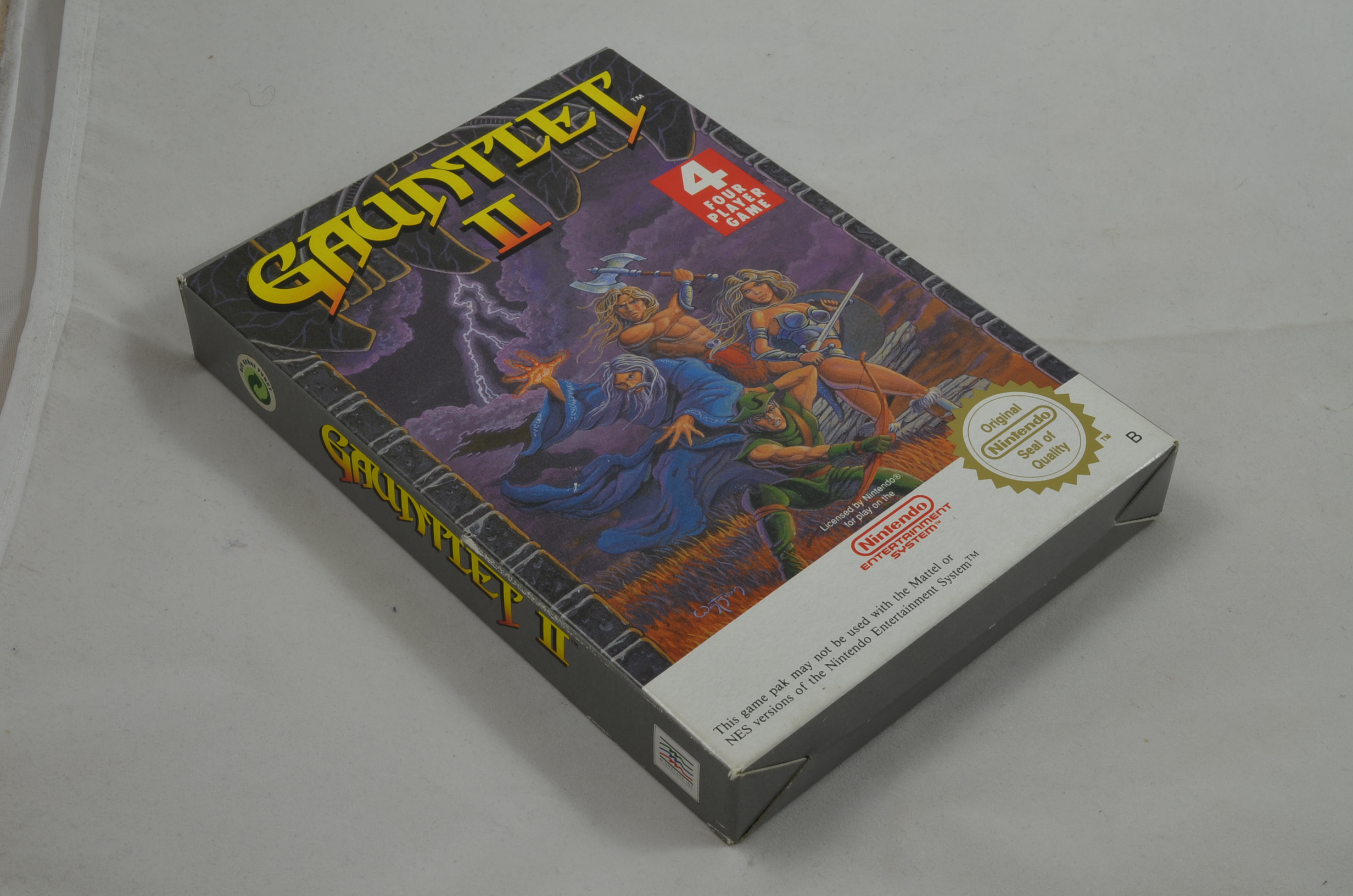 Gauntlet II is a 1986 arcade game released by Atari Games and the first sequel to the game Gauntlet. Gauntlet II, like its predecessor, is a fantasy-themed hack and slash.

The gameplay is very similar to the original Gauntlet, a topdown dungeon crawl supporting up to four players. The biggest difference from the original game is that players can choose identical classes, instead of being limited to a particular one for each joystick; each player is differentiated by color. Thus, instead of having a "warrior", "wizard", and "valkyrie" (for instance), in Gauntlet II there could be a "red wizard", a "blue elf" and a "green warrior".

In addition to the new "class" system, new level designs were added, including the possibility of encountering them in altered ways by having the play-field turned in steps of 90°. Other new features included the enemy "It", which upon contact would make a player "It" and draw all enemies towards him/her. The only way to release this curse is by touching another player or entering the exit, turning any level containing "It" into a fantasy filled game of tag. Other notable additions include the ability to ricochet shots off walls by means of a special pick-up, acid puddles that caused large, predetermined amounts of damage and a large dragon which would occupy multiple squares and require multiple hits to destroy.

New level elements were also added, adding more variety to the original game. These included "all walls are invisible", "magic walls" which changed into monsters or items when hit, "stun tiles" which stunned the player, and fake exits.

Another challenge in the game is the possibility to find a "secret room". This can be found by completing specific achievements within the level (e.g., "don't be fooled", means that you must find the real exit first). The secret room contains items such as food and magic potions (extra shot power, extra shot speed, extra magic power, extra speed, extra armor and extra fight power).

This sequel was also the first to feature what is now known as the Gauntlet theme tune, which resembles a simplified Baroque fugue. (Quelle: Wikipedia)