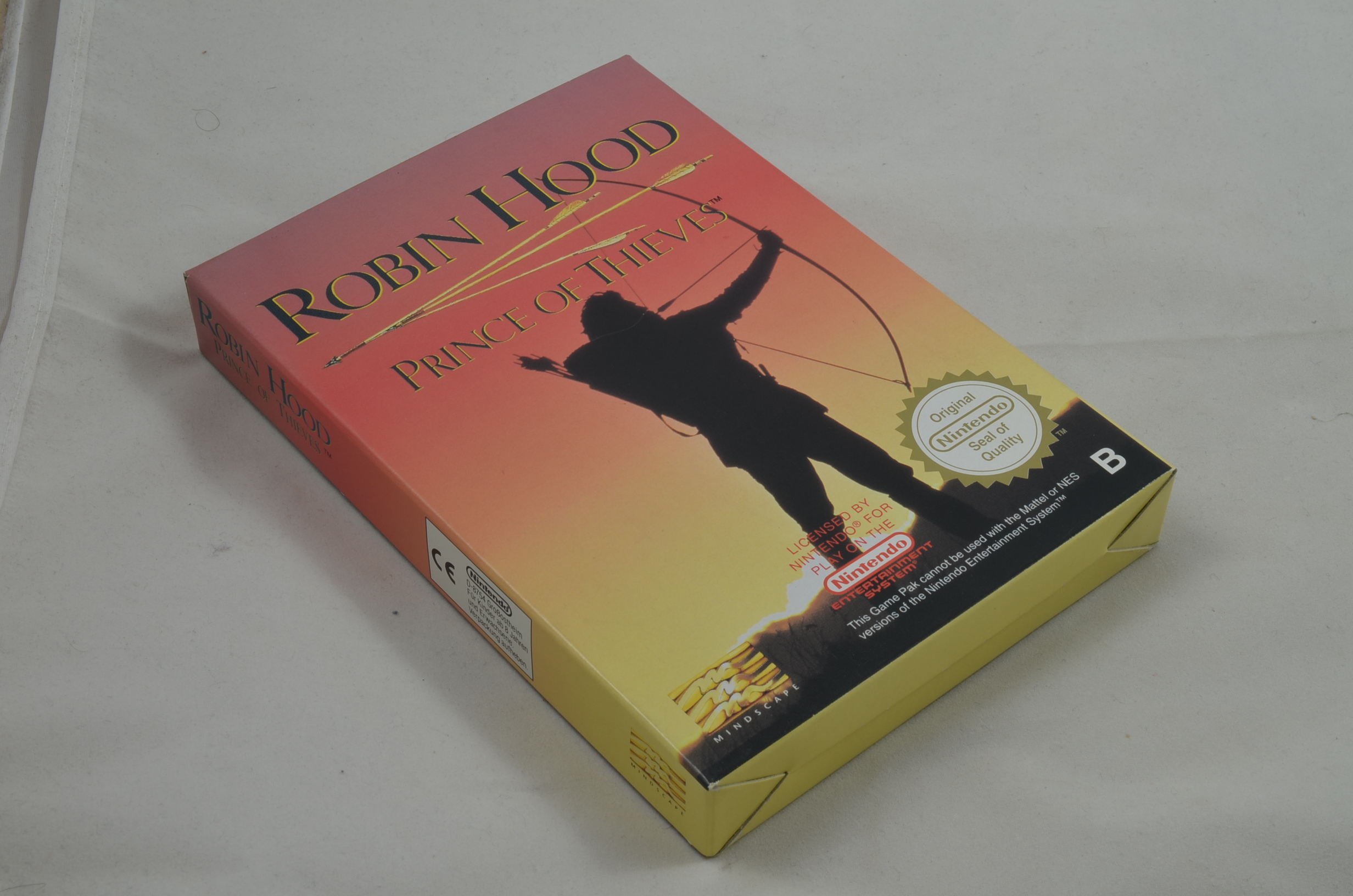 Robin Hood: Prince of Thieves is a console game released in 1991 for the Nintendo Entertainment System and Game Boy developed by Sculptured Software, Inc. and Bits Studios, respectively, and published by Virgin Games, Inc. It was based on the film of the same name.

The game was featured as the cover game for the July 1991 issue of Nintendo Power magazine. However, this issue was notorious for the fact that the game was not released until 6 months after the issue was released.

Around the same time, a Robin Hood game was also featured in an episode of Captain N: The Game Master. The episode was almost certainly a reference to Robin Hood: Prince of Thieves because it was the only Robin Hood game released for the NES in the relevant time frame, but none of the characters ever make a reference to the Prince of Thieves subtitle, possibly due to rights issues. Also, none of the Robin Hood characters in the episode resemble their counterparts from the film. As a result, the episode only vaguely alludes to the actual game.

The game was notable for featuring several modes of gameplay. The standard adventuring mode depicted the action from an overhead perspective as the player guided Robin through the environment, battling enemies. A second mode used for one-on-one duels depicted the action from the side and featured different controls that allowed the player-controlled character to jump as well as attack and guard. The third mode, a melee mode, featured action taking place from an extreme overhead perspective, allowing for the depiction of large-scale battles between large forces. This mode typically ensued when a large number of Robin's merry men and enemy soldiers clashed. During a horse racing sequence, there is yet another mode, a blend of the overhead and side perspectives, as the horse must be guided to jump over debris and ultimately beat the competitor.

The game also had a loose equipping system, where nearly any object could be held as a weapon. When Duncan first joins Robin's band, he comes brandishing a chicken leg for attack. (Quelle: Wikipedia)