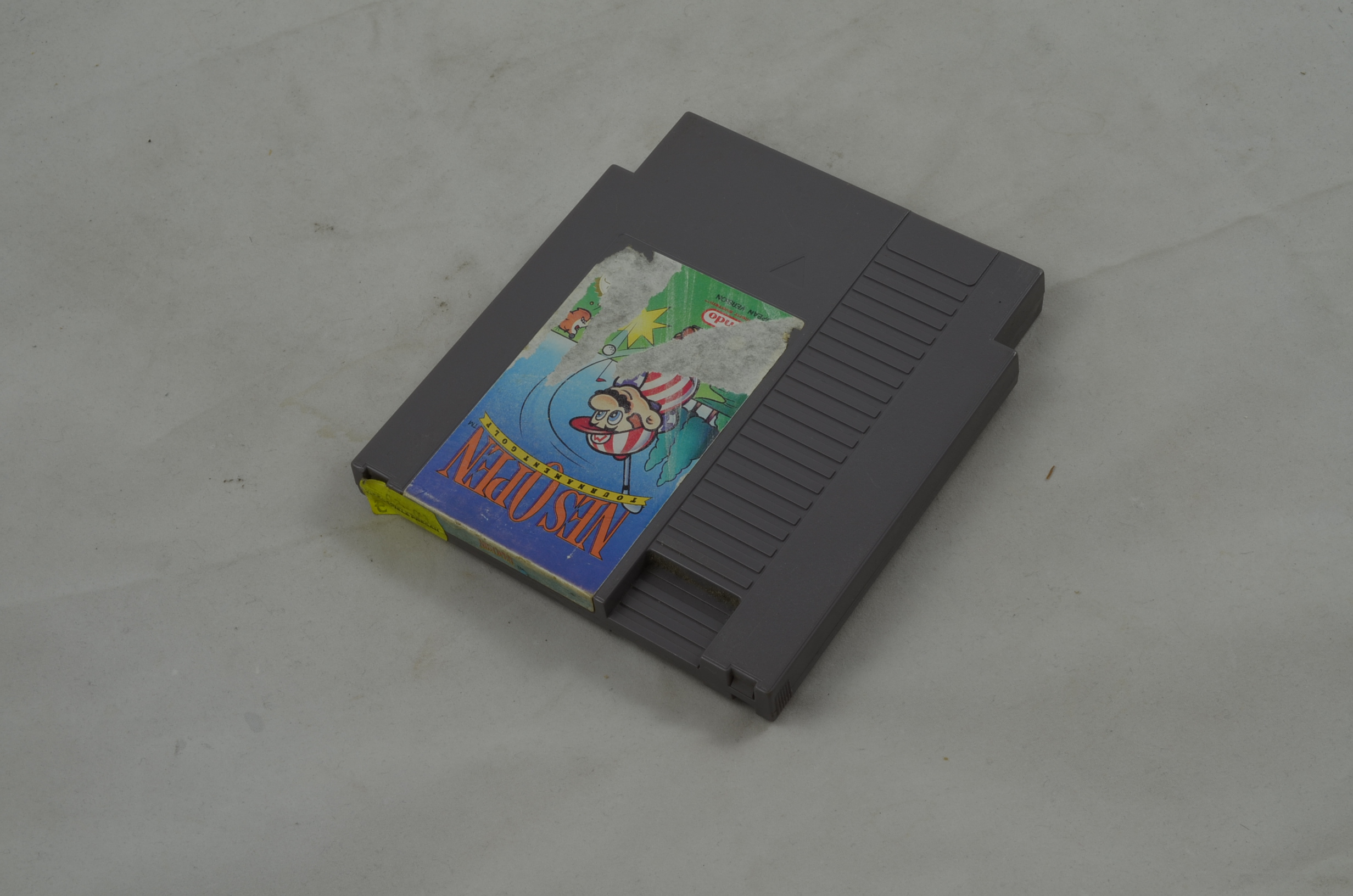 NES Open Tournament Golf, known as Mario Open Golf in Japan, is a sports game developed and published by Nintendo for the Nintendo Entertainment System in 1991. NES Open Tournament Golf is the second Nintendo published golf-based video game released for the NES, the first game being Golf. In addition to the Famicom version of Golf, there were two other Nintendo published golf-based video games released in Japan. These games were released in disk format on the Family Computer Disk System in 1987. These two games were Family Computer Golf: Japan Course and Family Computer Golf: U.S. Course.

Like most Mario games released around the time, the first player played as Mario, and the second player played as Luigi. At certain points during gameplay, the Mario Bros. are offered advice by their caddies, Princess Toadstool (Peach) and Princess Daisy. Another non-playable character was Mario's old nemesis Donkey Kong, who now works as an accountant securing the prize money for Mario and Luigi.

NES Open Tournament Golf is often thought to be nearly identical to the Famicom version Mario Open Golf based on the fact that they both feature identical graphics and gameplay. However, there are many differences between the two games. For starters, Mario Open Golf featured five playable courses whereas NES Open Tournament Golf only featured three. The background music between both games also differed, with the exception of few tracks that were used in both games.

The Famicom version, Mario Open Golf is significantly more difficult than the NES version. Most of the holes seen in Mario Open Golf are not in NES Open Tournament Golf, though there are a few holes that exist in both versions without any modifications. If someone plays Mario Open Golf they will notice a handful of holes that look nearly identical the holes in NES Open Tournament Golf, but with more obstacles. It is likely that some of these obstacles were removed from the western release of the game to make it less difficult.

This is one of the few instances where a NES and Famicom versions of a game have varied so dramatically. Though these games both run on the same engine, mostly everything else is different. (Quelle: Wikipedia)