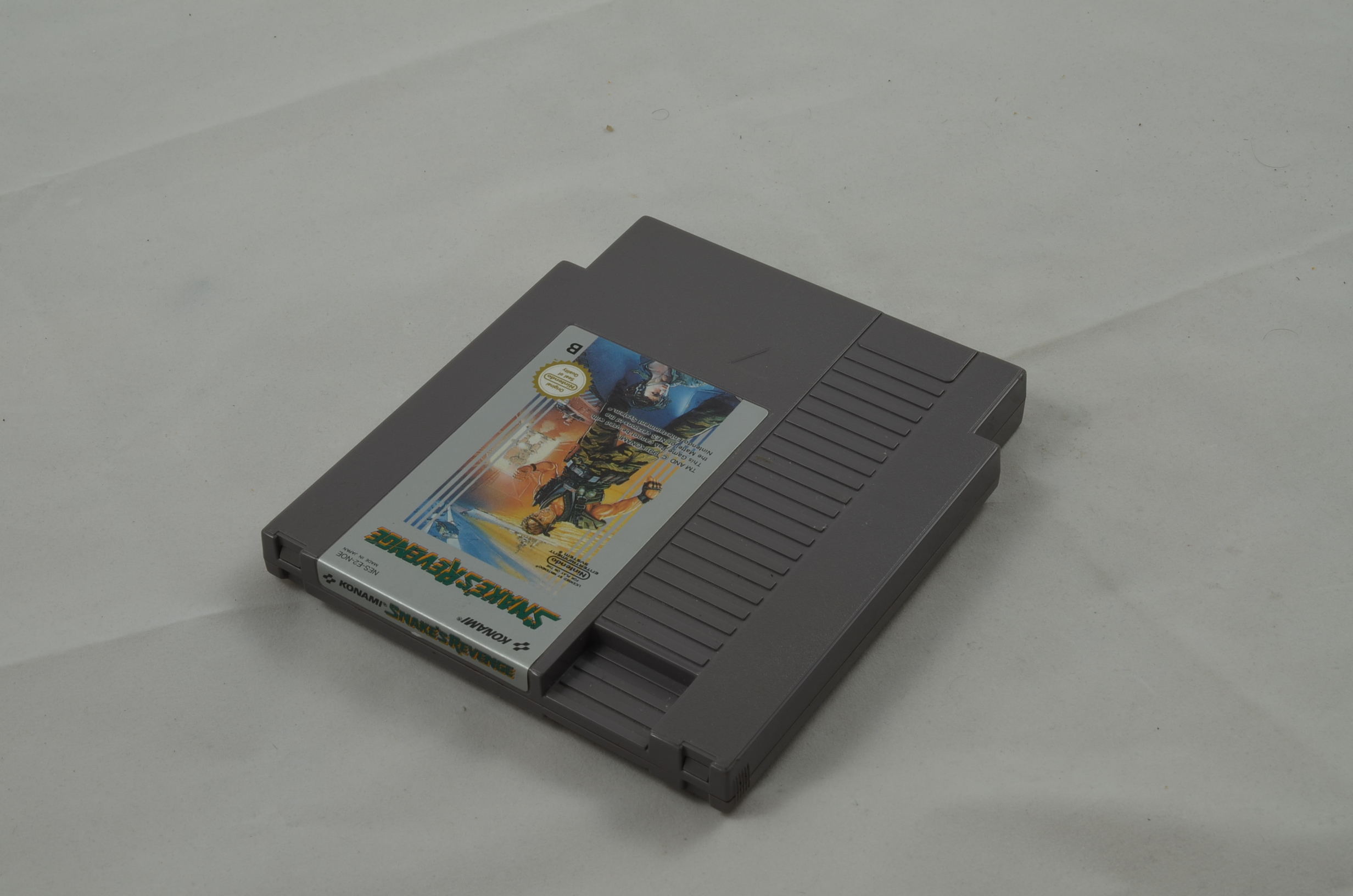 Snake's Revenge is a stealth action game by Konami released for the Nintendo Entertainment System in 1990. The game was produced as a sequel to the NES version of the original Metal Gear, made specifically for the North American and PAL market following the success of the first NES game. However, Hideo Kojima, the game designer of the original Metal Gear, was unaware of Snake's Revenge, and decided to develop his own sequel for the MSX2 computer after being informed of the game's creation. The resulting game, Metal Gear 2: Solid Snake, which was released exclusively in Japan only a few months later, is recognized as the official sequel to the original Metal Gear.

Like in the original Metal Gear, the player's objective is to infiltrate the enemy's stronghold while avoiding detection from enemy soldiers or surveillance devices. To fulfill their mission, the player must collect a variety of weapons and equipment, such as firearms, explosives and rations, as well as card keys to access new areas. If the player is discovered by the enemy, the game will go into an alert phase where enemy soldiers will enter the screen to attack the player. The player must defeat a specific number of enemy soldiers to return to the infiltration phase or go to a different floor or area. In some cases, particularly when an enemy soldier sees the player and only a single exclamation mark (!) appears over his head instead of two (!!), the player can also escape the alert phase by going to the adjacent screen.

A change to the original Metal Gear formula is the fact that the player now begins the game with a combat knife and a handgun already in their equipment. In the regular top-view segments, the A button is used for firearms and explosives, while the B button can be assigned so that the player will attack with a punch or with the knife. The knife can be used to instantly kill most enemy soldiers at close range. However, guards who are killed with a knife during the infiltration phase will not leave any item behind, unlike enemy soldiers who are defeated with punches, who will randomly leave food or ammo sometimes. The player must rescue prisoners in order to be promoted to the next rank, much like in the original Metal Gear, and interrogate enemy commanders. To interrogate an enemy commander, the player must equip the Truth Gas and apply a single canister on each commander to reveal vital information. Increasing the player's rank will increase the player's maximum health and carrying capacity (with the highest possible rank being six stars). The transceiver has been simplified from the original Metal Gear, with only three preset contacts available (John, Nick and Jennifer). The transceiver will become unusable when the player enters alert phase or fights a boss. The transceiver is now equipped with a radar which is used to track down the location of an ally whenever the player is required to do so in order to progress.

Snake's Revenge features a varied progression of areas such as a jungle, a warehouse, a cargo ship, and a train, as well as the usual encounters with enemy bosses. In addition to the regular top-view areas, the player must also progress through a series of side-view areas as well. In these side-view areas, the player can jump and crawl like in most side-scrolling action games to avoid traps, while still avoiding detection by the enemy as usual. While in a side-view area, the player can only equip the knife or the handgun as their main weapon, as well as plant plastic explosives to blow up obstructions and use rations to recover. Some of these areas require the player crawl underwater to progress. If the player has an oxygen tank in their equipment, it will be used automatically to fill their oxygen meter, allowing the player to crawl underwater without sustaining damage. If the oxygen meter runs out and there are no additional oxygen tanks left, the player's health will start to decrease. (Quelle: Wikipedia)