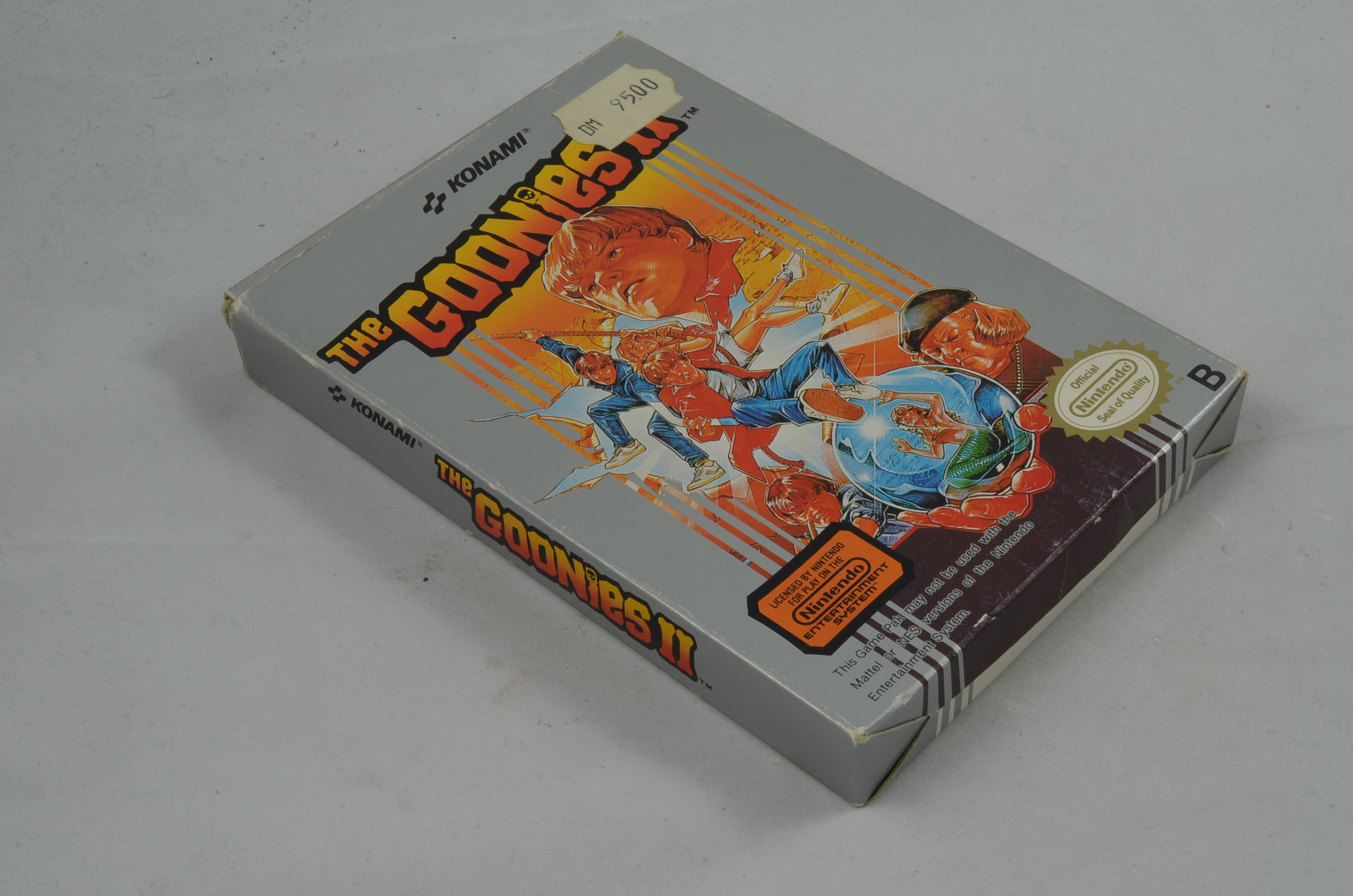 The Goonies II is an adventure game developed and published by Konami for the Nintendo Entertainment System. It was released on March 18, 1987 in Japan, November 1987 in North America, and on December 19, 1988 in Europe. It is a sequel to a prior Goonies video game released on the Family Computer in Japan, which was only available in North America on Vs. System arcade units. This led many people to assume that it was based on a sequel to the original film, which, as of yet, has not been produced.

The game's story centers on Mikey. His friends, the Goonies, have been kidnapped by the Fratellis, an Italian family of small-time crooks and counterfeiters. Mikey must rescue all six of his friends and free a captured mermaid named Annie.

The Goonies II features two modes of play: platform and first-person. Most of the game is played as the former as the player works through a non-linear map. The player moves Mikey to new areas of the map by ladders or doors that may act as warp zones. Several different types of zones are found in the game, each with distinct enemies, graphics and music.

When the player exits the platform screen by entering a door, the game shifts to a first-person mode. Using a command menu similar to Shadowgate (released around the same time), the player explores the area by navigating through rooms, searching for hidden items and interacting with non-player characters. The items the player finds may be useful on the overworld (such as weapons or transceivers) or within the rooms themselves (such as the candle, key and ladder). The player will find the six Goonies in cells in this mode. Each rescued Goonie increases Mikey's health.

What the player has to do in order to obtain certain vital items is sometimes obscure. For example, the candle (an item necessary to finish the game) is obtained when Mikey hits a specific old woman five times in a row for no apparent reason. (Quelle: Wikipedia)